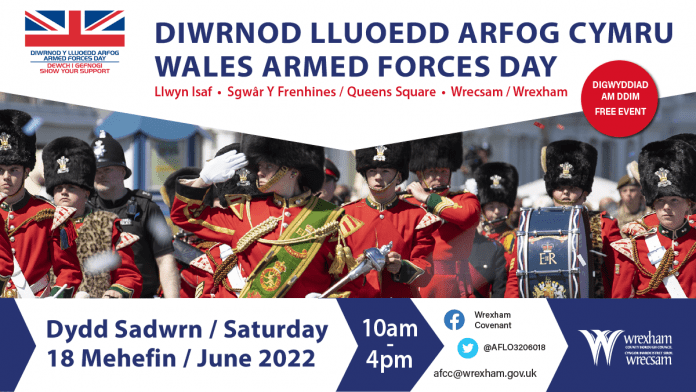 We’re really excited about hosting Wales Armed Forces Day this year and plans are well in hand for an excellent day of celebration for all the family.

The event takes place on Llwyn Isaf and Queens Square and there’ll be loads to see and do starting with a parade of 300 from Bodhyfryd at 10.30. Led by the Royal Welsh Band accompanied by the Queens Dragoon Guards Farrier Major Mark Holland with the regimental mascot L.Cpl Jones a Welsh Mountain Pony and the Royal Welsh Goat Major Sergeant Mark Jackson and Shenkin IV the regimental goat. The rest of the parade will march closely behind.

They’ll leave Bodhyfryd and march along Chester Street, High Street, Hope Street, Queens Street, Lambpit Street, left under the arch and onto Llwyn Isaf where they’ll come to attention for the official opening ceremony. Speeches will be given by the Mayor of Wrexham, Cllr Brian Cameron, who will welcome everyone to the event, Cllr Beverley Parry Roberts, Armed Forces Champion, who will thank the Armed Forces Community and Brigadier Andrew Dawes CBE, Commander 160th (Welsh) Brigade and head of the Army in Wales, followed by the National Anthems.

The Battle of Britain Flight Lancaster Bomber will fly past at 13.38. 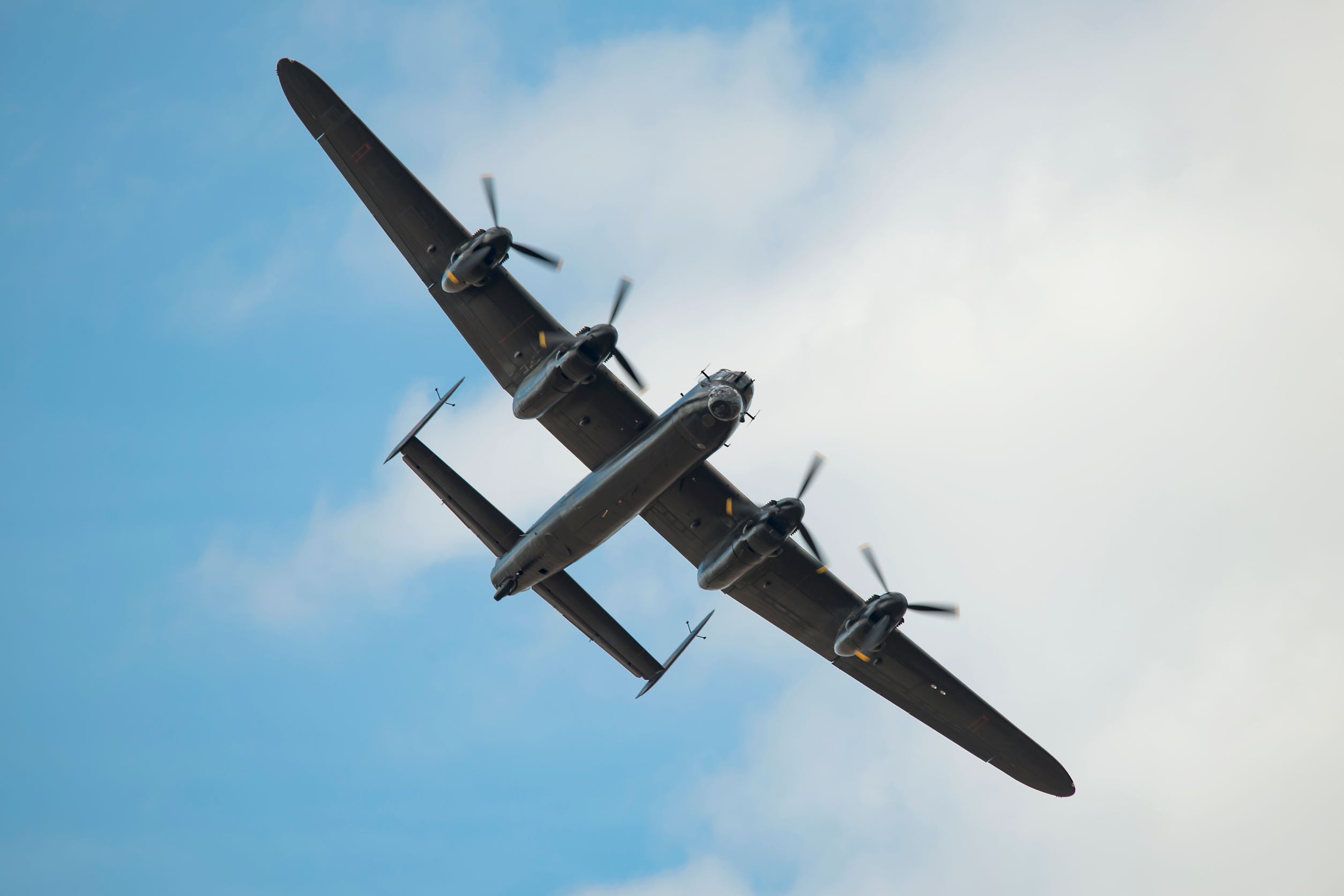 Throughout the day everyone is free to enjoy the exhibitions, chat with the representatives of all three armed services and enjoy the displays. There’ll be refreshments available, both alcoholic and non alcoholic and entertainment from the bandstand (see schedule below)

Entertainment on the Band Stand:

At 3.45 there will be closing ceremony speeches by the Mayor, Cllr Brian Cameron and Air Commodore Adrian (Dai) Williams OBE ADC RAF Air Officer Wales, who is originally from Denbigh. Short Sunset ceremony by the Royal Welsh band and march off.

Cllr Beverley Parry Jones, Armed Forces Champion, said, “It’s going to be a magnificent spectacle which will make me feel proud of our armed forces. Seeing such superb display of ceremonial uniforms it is hard to realise that these are the same men and women that put on battle dress and put their lives on the line for our security.

“I hope everyone enjoys the event and joins me in personally thanking our armed services and their families for their commitment and dedication to duty to ensure our safety.”