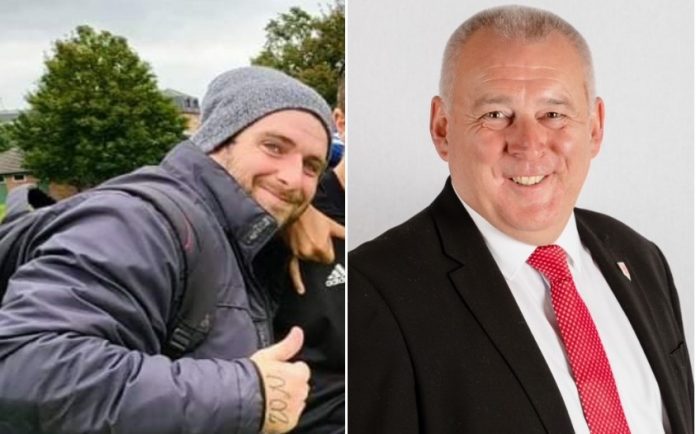 Two Wrexham Council civic recognition awards have been given to individuals who’ve made positive impacts within the community through their passion for sport.

Delwyn Derrick and Steve Williams were commended for all their achievements and contributions during a recent full council meeting on December 22.

From grassroots to greatness

Delwyn Derrick grew up near Bellevue Park and has many fond memories of playing football in the well-known park. It was thanks to his endless hours spent in the park that Delwyn had the opportunity to meet many different people from different cultures and ways of life. Whilst meeting people from other countries there, he met a large number of students studying in Wrexham Glyndwr University as part of the Erasmus Project.

Fuelled by such inspiration, Delwyn founded the first ever league football team to be registered as multi-ethnic and inclusion specific.

With all the drive and ambition to create an inclusive team for all, 2017 saw the aptly named Bellevue Park FC take off. Training began in earnest and there was no stopping them.

A team for all

Bellevue FC consists of players who come from BAME backgrounds, foreign nationals and people with mental health issues or varying degrees of learning difficulties. The main aim for the team is to ensure the inclusion, wellbeing and support of those in the community who can feel marginalised.

Delwyn grows and supports the team on a voluntary basis, and has taken the grassroots football team to the North East Wales Football League in the Pyramid System.

Deputy Mayor, Councillor Brian Cameron said: “The praise, awards and success Delwyn Derrick has achieved so far, in such a short space of time, is nothing short of inspirational.

“I wish you all the best for many, many more years of good fortune”.

Also being recognised for his incredible contributions to the community was recently appointed Football Association of Wales President, Steve Williams.

Having grown up in the local village of Cefn Mawr, Steve demonstrated a very keen eye and talent as a football administrator at a very young age. At age 18, he became the secretary of his local club, Cefn Albion.

In 1992, Cefn Albion faced a merger with Druids United, which resulted in the team we now know today as JD Cymru Premier Club Cefn Druids. It was during this merger that Steve played a key role in the proceedings and he was put in good stead for the world of football politics.

Tipped for the top

With the help of Mr Evans and his support, Steve was elected onto the FAW in 1997. Steve’s excellent reputation continued to grow and he established himself as a highly regarded and well respected figure in the football community across Wales.

A walk in the park

Steve played an integral part in the construction and development of the Wrexham based Colliers Park. The facility is renowned in the area for providing high-class training facilities.

Whilst he spent time on the International Committee, Steve had the privilege to work with the late Gary Speed.

During his time as President, Steve is dedicated to being a hands on figure with many forward thinking ideas and fresh ambitions for the FAW.

As well as applying his expertise to his new role, Steve continues to give as much as he possibly can to his community and ensures the history of Welsh football continues to inspire future generations.

He kept this going recently when he made a very generous contribution to the new Welsh football museum, which is going to be housed in the Wrexham museum and archives building on Regent Street.

Steve donated several items of football memorabilia that included the Wales Premier Cup. These will all be displayed pride of place for fans and aspiring players alike can enjoy.

During the meeting, Steve was kind enough to show one of the incredible items, a shirt worn by non-other than Gareth Bale.

Deputy Mayor, Councillor Brian Cameron said: “It is because of his hard work ethic, determination and contribution to not only his community, but many across Wales, that we recognise Steve today with this civic award.

“It also serves as a great opportunity to thank him for his contribution to the new museum in the form of his most generously gifted items.”