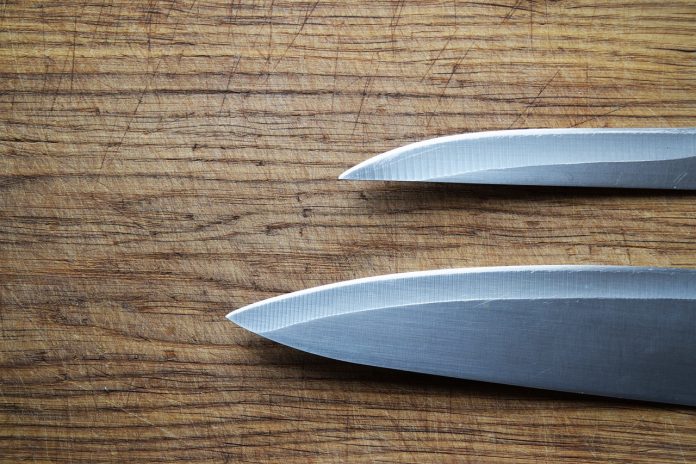 Nine premises in all were visited and not one sold a knife to any of the cadets which is excellent news!

Selling a knife to a person under the age of 18 is illegal and is an offence that both the salesperson and business owner can be liable to imprisonment and/or an unlimited fine.

Cllr Hugh Jones, Lead Member for Communities, Partnerships, Public Protection and Community Safety, said: “Knife crime has been in the headlines recently and the results of this exercise is very good news. It is reassuring that traders are aware of their responsibilities and are happy to uphold the law to prevent knives falling into the hands of those under 18.”

Officers involved in the exercise commended one particular shop owner who had introduced locks at the end of the display which meant that a staff member had to be called to enable the knife to be freed from the display. This obviously meant that an extra hurdle had been placed in the way of obtaining the knife.