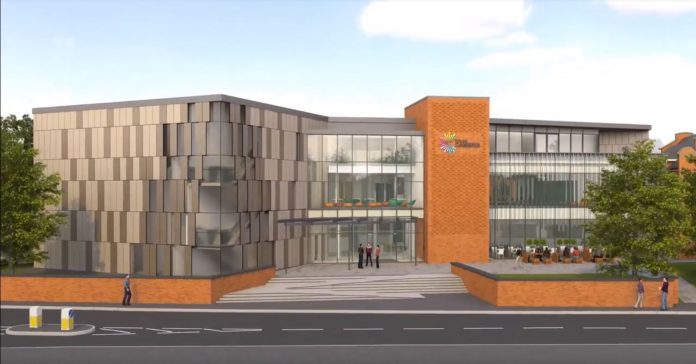 Coleg Cambria is set to undergo a £20 million redevelopment of one of their sites, which could revolutionise the learning experience in North-East Wales.

The college has pinpointed Cambria’s Yale Campus in Wrexham in the next stage of upgrades, with £40million spent on several sites in the previous 18-months.

The college’s plans include a three-storey complex kitted out with the latest technology and learning equipment to give students the best opportunity to achieve their goals. Meanwhile, a 200-seater conference hall and cutting edge study space is also within the college’s plans.

Along with IT Suites and meeting rooms, the facility will also concentrate on North Wales’ sporting prowess and leaning on bringing the best out of the region with a revolutionary sports facility.

In terms of a time frame, the’yre aiming to begin building as early as 2019 in preparation for the 2020/21 academic year, subject to approval.

Chief executive of Coleg Cambria David Jones said in a statement: “As we prepare to celebrate the fifth anniversary of Coleg Cambria, this latest development reinforces our commitment to Wrexham and to the region, and to the education and careers of this and future generations of learners.

Mr Jones went on to say, “we have achieved so much and established ourselves as probably the number one college in the UK based on current performance. That makes me so proud, as we are shaping the culture of thousands of young people in modern, innovative and welcoming facilities – this new-look campus would take us even further in achieving our goals.”

In addition to over £10m of money that the college has generated, it is looking to secure additional match funding from the Welsh Government’s 21st Century Schools and Education Programme to support the plans, and is in the final stage of completing a detailed business.

Students and staff will be consulted before final plans are put in place and according to Mr Jones their input is ‘vital’.

These plans are sure to be welcomed following the success of a £10million development of Wrexham’s Bersham Road and the recent £3.5million build of the Business Centre in Northop.

Cllr Phil Wynn, Lead Member for Education, welcomed the news, he said: “These are very exciting proposals and will further enhance the education facilities for young people in Wrexham and the surrounding area.”