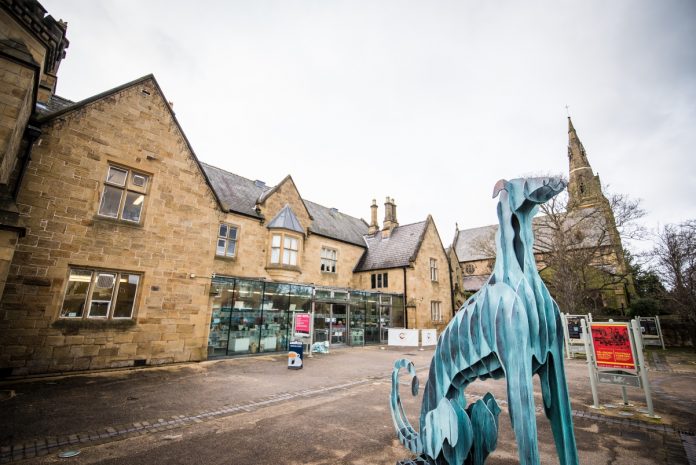 Wrexham Museum forecourt is the venue for a new outside photography exhibition by north Wales documentary photographer, Carwyn Rhys Jones.

The display is part of a wider project about the life experiences of Wrexham AFC supporters and their commitment to the club.


Carwyn Rhys Jones started the project because of his belief in the importance of fans to football clubs and how their life stories are a key part of their relationship to the club. Carwyn got the project rolling by contacting Wrexham’s many fan clubs and through them getting to know the community that supports Wrexham AFC better.

Carwyn Rhys Jones said “I started the project when I met Richard Chadwick and heard how being a supporter of the club had played a vital role in his adult life. I shared Richard’s story on Instagram and the project went from strength to strength with more people getting involved including Wrexham’s oldest fan, Arthur Massey; the club’s disability liaison officer, Kerry Evans; and Tim Edwards, the editor of the fanzine, Fearless in Devotion.

“I chose a variety of fans for this exhibition because I wanted to represent everyone. I have felt that this project has made me an even bigger Wrexham AFC fan. The loyalty these fans have for the club is outstanding.”

Cllr, Paul Roberts, Lead Member for Community Safety and Partnerships “With the World Cup about to start and the giant bucket hat representing the fans of the national side in place on the museum forecourt, this display by photographer, Carwyn Rhys Jones, is a reminder of how important fans are to our local football club and to football in general.

“Wrexham as ‘the spiritual home of Welsh football’ is proud to celebrate the dedication of fans to their clubs. Their love of the game is as strong as that of those early enthusiasts who established the first Wales team back in 1876.”

The photographic display officially opens/opened at 12 noon, Saturday, 19 November 2022 on the museum forecourt on Regent Street.