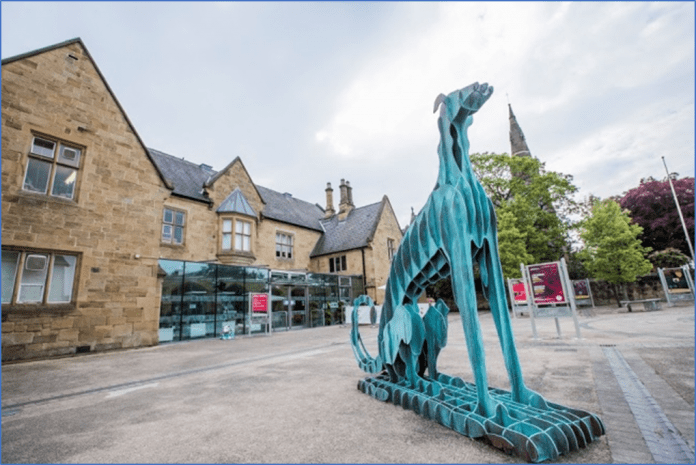 Wrexham Council has welcomed an announcement by the Welsh Government that Wrexham Museum is the preferred option to house the Welsh Football Museum.

The news was announced by Dafydd Elis Thomas AM, the Deputy Minister for Culture, Sport and Tourism.

Plans for a National Football Museum were mooted by the Welsh Government in the summer of last year, with the aim of working with the Football Association of Wales (FAW) to showcase Wales’ football history at an appropriate location.

Wrexham is the spiritual home of football in Wales and has strong historical links with the FAW, which was founded at a meeting at the Wynnstay Arms on Yorke Street in 1876.

The proposals for the Museum are among a number of football-led projects taking place in Wrexham, including;

Wrexham Museum has had an interest in football for some time, acquiring the Welsh Football Collection in 2000 with the assistance of a grant from the Heritage Lottery Fund and has had aspirations to house a permanent display about the game ever since.

The hope is that the museum building will house both the Welsh Football Museum and a new and enlarged Wrexham Museum, utilising available space on the first floor of the building.

Steve Grenter, Heritage & Archives Lead at Wrexham Council, said: “We certainly welcome this news, and we’re very pleased that the Welsh Government has seen the potential of Wrexham Museum as the home of the Welsh Football Museum.

“Welsh football has gained no small amount of prominence in recent years thanks to the performance of the national team, so this has the potential to be not just a national attraction, but an international one.

“Wrexham has longstanding links with FAW”

Cllr Hugh Jones, Lead Member for Communities, Partnerships, Public Protection and Community Safety, said: “We are absolutely delighted to hear this news. Wrexham has a very proud, longstanding link with the FAW and it’s fantastic to know that legacy now has the potential to continue into the future with the Welsh Football Museum hopefully coming to Wrexham.

“The development of the Welsh Football Museum would also allow for the continued development of Wrexham Museum – it has always been the aim of the Museum to have some continued form of historical display on Welsh football, due to the strong role it has played in the history of Wrexham, and we would continue to display both in the best possible setting.

“Officers and representatives from Wrexham Council have been in discussions with Welsh Government and their consultants for quite some time, and have put in a lot of work to ensure this could all take place, and I wish to express my gratitude, and that of my Executive Board colleagues, to them.”