This month (July 2022) marks the 20-year anniversary of having a kerbside recycling service in Wrexham.

Over the past 20 years, we’ve come a long way to reach the point where most of our residents now take part in the recycling scheme, and we’ll be celebrating the anniversary with a number of recycling-themed challenges over the coming months.

Keep an eye out for #Wrexcycle20 on social media to stay up to date with our latest celebrations!

But the anniversary also gives us the chance to reflect on how there is plenty more to be done, if we’re truly going to play our part in tackling the global climate emergency.

One of the agreed outcomes from the UN Climate Change Conference in Glasgow (COP26) was for countries to accelerate their actions against the emergency, and we need everyone in Wrexham to help us do better.


“We want to do everything we can to support people”

Cllr Hugh Jones, Lead Member for Environment, said: “20 years is a significant milestone and we want to thank everyone who has worked so hard on the recycling service over these years. Our first recorded recycling rate was 3.75% in 2002 and our most recent yearly figure was 67.89%, which shows how much the service has developed over time.

“Many people living in Wrexham have embraced recycling as part of their daily routines to get us to the point we’re at, but we know there is still a lot of recyclable materials and food waste going into the general rubbish bins.

“We want to do everything we can to support people to get better at recycling, through education and the recycling services we provide, but we need them to come on board with us and take the initiative to recycle as much as they can.

“The message to residents is that we should be proud of how far we’ve come, but let’s now push on and do even better. Recognising we’re in a climate emergency is a starting point to changing our habits, and we hope people get behind this.”

You can read more on COP26 here: https://www.un.org/en/climatechange/cop26

As part of our 20 year recycling celebrations, over the next 12 months we’ll be working with several Eco-Councils based in Wrexham schools.

We’ll be setting twenty challenges to celebrate 20 years of kerbside recycling in Wrexham, which will be starting in September! If you’re a teacher and your school are interested in joining this challenge you can register your interest by emailing Wrexcycle20@wrexham.gov.uk

The challenges will cover themes including reducing single-use plastics, recycling, composting and eco-wrapping. 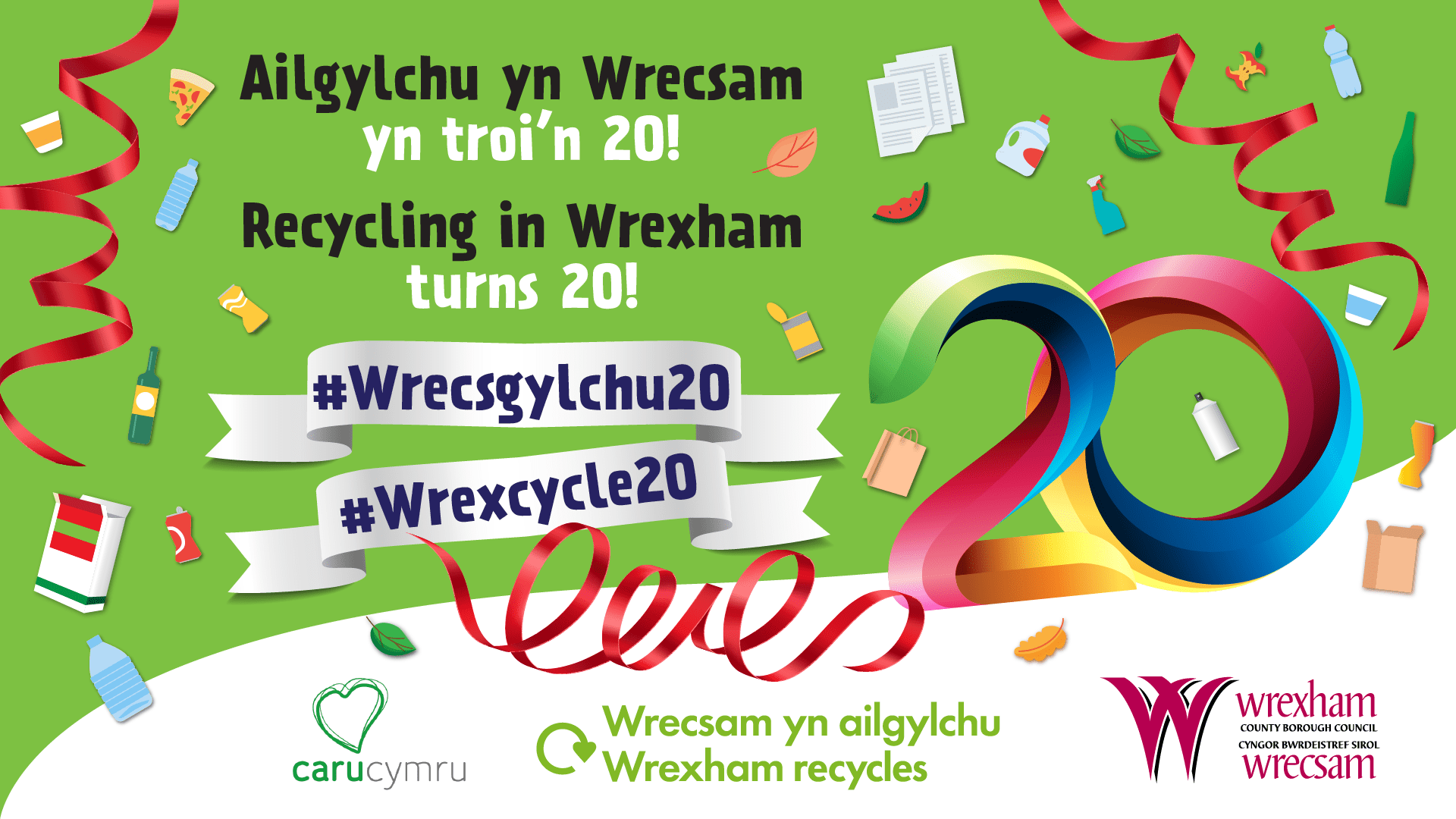 How recycling has increased over time

On July 1, 2002, our first kerbside recycling and garden waste scheme was trialled at around 6,000 properties in Wrexham. Who remembers the pink and green sacks that we first used for our recycling? The pink sacks were for plastics, cans and tins and the green sacks were for paper. 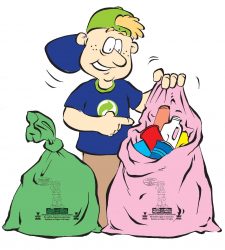 Yes, ‘Recycle with Michael’ was our first recycling brand. We’ll be bringing you a separate blog on Michael in the coming days, so keep your eyes peeled for that one.

In September 2004, Bryn Lane Recycling Centre was opened, which is the largest of the three recycling centres now in Wrexham. The other two are situated in Brymbo, and Plas Madoc.

By 2007, the original pink and green sacks had been phased out and replaced by the green box and green sack for kerbside recycling (see below). By the end of this year, almost every household was able to recycle cans, plastic bottles, glass and paper from their homes as well as garden waste. 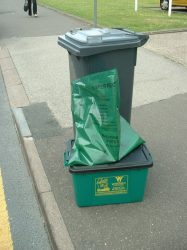 Also in 2009, we first piloted using blue sacks to 6,000 households, which was to replace the green paper recycling sacks. The new blue sack was also for paper recycling, but residents could recycle cardboard in their sack too. The trial was a success and we still use the blue sacks to this date.

2016 was a busy year, firstly with 13,000 wheelie boxes being given out to residents in certain areas of Wrexham. We also finished rolling out the food caddies across the county so that every house had a food caddy.

2016 also saw 47,000 black boxes given out so that residents could recycle glass at the kerbside. Residents could also recycle plastic pots, tubs and trays in their kerbside recycling by this year.

In November 2016, the Nightingale House Hospice reuse shop opened, situated in Bryn Lane Recycling Centre. It’s still there – pop in and have a look around, there’s plenty of bargains to be had.

In 2017, we received funding for a further 3,500 wheelie boxes which were supplied to some of our residents.

In 2018, we started offering free caddy liners as part of the recycling service. Remember, if you need a new roll, just tie a liner to your caddy handle on your collection day and the crew will leave you a free roll. You can also pick up the free liners from a number of locations in Wrexham. 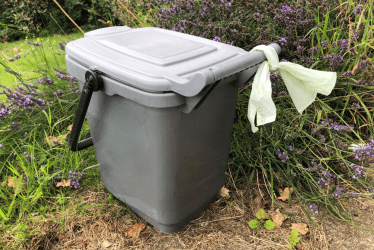 In 2018, we received funding for a further 3,000 wheelie boxes which were supplied to some of our residents.

Well, did you enjoy that little trip down memory lane? If so, remember our Recycle with Michael blog will be appearing in the coming days! 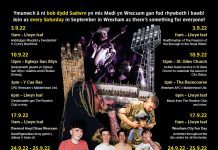 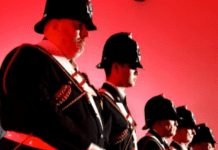 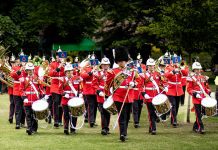 6 facts you didn’t know about the Wrexham Library building

Council tenants urged to say “NO” to cold callers