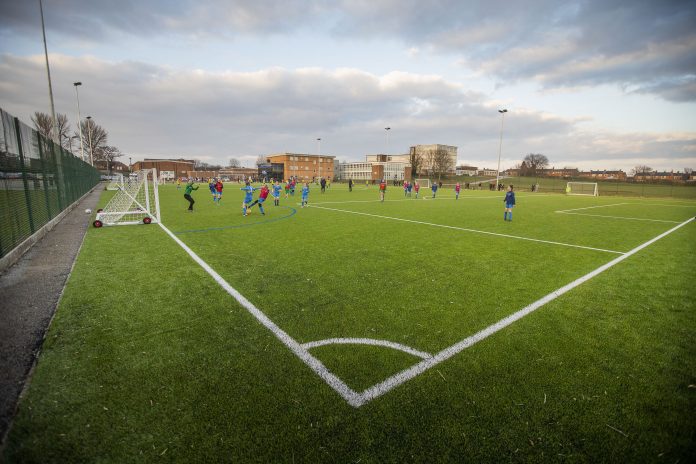 At the next meeting of our Executive Board members will be asked to give the go ahead for 3G pitches at Ysgol Rhosnesni and Ysgol y Grango.

The proposals are part of plans to establish Wrexham as the spiritual home of football in Wales by creating a football hub in each secondary school area in Wrexham.

We have been working closely with the Football Association of Wales to move the plans forward, and this latest offer of £200,000 from the FAW, which will be match funded by ourselves, will see two of the final three secondary schools have their facilities upgraded.

It is hoped that future developments would see work at Ysgol Bryn Alyn, requires a much bigger investment due to the lack of any existing facility and will be part of the proposals in the next round of funding announced.

Cllr David A Bithell, Lead Member for Environment and Transport, said: “The Football Association of Wales is continuing its support to upgrade facilities for young people in Wrexham to access high class facilities and have awarded £200,000 which, if match funded is agreed by Executive Board, will fund two further pitches.

“I would like to thank FAW for its commitment to Wrexham and to ensuring that access to football is becoming available to more and more young people.

“Hopefully it won’t be too much longer before further plans are brought forward which will see schools such as Ysgol Bryn Alyn, benefit from a 3G football pitch.”

The plans will be discussed at 10am on 18 May and you can watch online here.