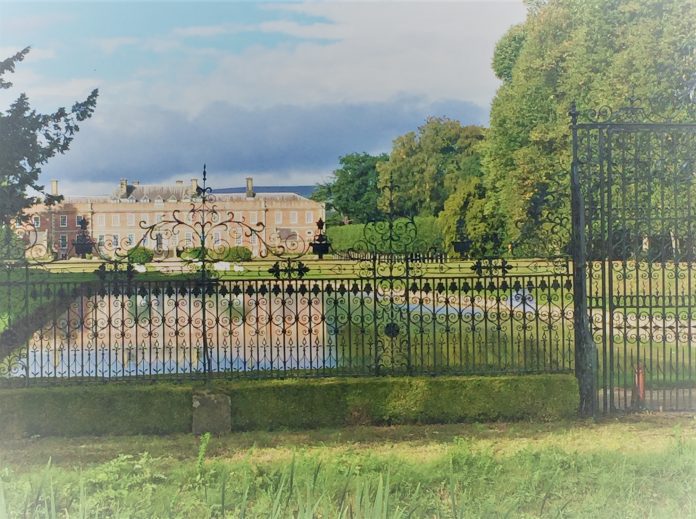 For this week’s edition of ‘five interesting things about places in Wrexham County Borough’, we’ll be looking at Erddig.

A famous and popular location in Wrexham, Erddig gathers history lovers and walkers in their droves throughout the year.

After all, why not celebrate this gem that’s on our doorstep!

And first up is…

Erddig Hall is quite remarkable…

The original building was sold to Sir John Mellor in 1714, and he increased the size of the hall significantly – including adding two extra wings.

Erddig Hall then moved over to the Yorke family (we’ll get to them), and much later was handed over to the National Trust in March 1973.

At this time, the structure of the house needed a lot of work, with around five feet of subsidence amongst a number of issues.

The restoration was completed on June 27, 1977, and when Prince Charles officially opened Erddig to the public, he quipped that it was “his first time opening something that was already 300 years old”.

It’s great that we can now visit Erddig Hall and stand amongst some of its rich history.

Simon Yorke I inherited Erddig from his uncle, John Meller, in 1733, and remarkably, each successive owner was called either Philip Yorke or Simon Yorke!

Telling the whole story of the Yorke family could spawn pages and pages…it’s a dynasty that lasted until 1973, when Phillip Yorke III handed over Erddig to the National Trust.

He did this as neither he nor his brother were married – hence no direct heirs.

Each Yorke added their own personal touches to make Erddig the place it is today…for example, Phillip Yorke I added the saloon and library to Erddig Hall, and Simon Yorke III made extensive alterations to the gardens and added the music room.

More information about the Yorke family can be found on the main council website.

Erddig is also famous for its many walking routes, and attracts people from all over the UK, so how could we possibly leave this out?

There’s many highlights to be seen, including the Cup and Saucer waterfall, which was the handywork of the well-respected landscape designer William Emes who worked at Erddig from 1768-80.

Several walking routes will take you past Erddig Hall too, but with scenery and wildlife all around, you’d struggle to go wrong here.

Erddig also makes up a large section of the Clywedog Valley trail, for which we have a great walking guide that you can download from the main council website.

So, if you’re looking to take up walking in the new year, Erddig is a perfect place to start.

One of the most popular gatherings of the year at Erddig is the Apple Festival, which delights people of all ages.

The most recent one took place last October, and being the 40th anniversary celebration, it lasted for a month rather than the traditional weekend.

Attendees are treated to a variety of apple-themed delights, and if you’ve never been before, you should definitely look out for the next one.

Ellen Penketh is part of an unfortunate story in Erddig’s history, in which she was accused of stealing from Phillip Yorke II and the lady of the house, Louisa Yorke.

Ellen was originally a cook, but in somewhat of a period of austerity at Erddig, she was given the combined job of cook/housekeeper as part of a cost-cutting exercise.

This meant that Ellen had responsibility for the finances at Erddig – something she wasn’t qualified for…and this led to her eventual problems.

Extravagant dinner parties were still commonplace at Erddig during this period and Ellen began feeling the pressure without the funds available to cover these lavish habits.

She saw her only option as asking Erddig’s suppliers (butchers, grocers etc.) to sell her items on credit.

The credit total kept on mounting – reaching an eventual £500! And when the Yorke’s found out, they accused her of stealing from them and fired her. They then took her to court.

Ellen was later acquitted at her trial, but never really shook off the tag of the “thief cook” in her lifetime.

Ellen’s story is covered in much greater detail in The Housekeeper’s Tale by Tessa Boase. This book is on sale in Erddig’s shop, and it’s also available to loan from Wrexham Library (you can check the availability in our online catalogue).

We hope you enjoyed this instalment of ‘five interesting things’. And as always, check back for the next one 🙂

Are you a Welsh speaker with a passion for teaching? This might be the...