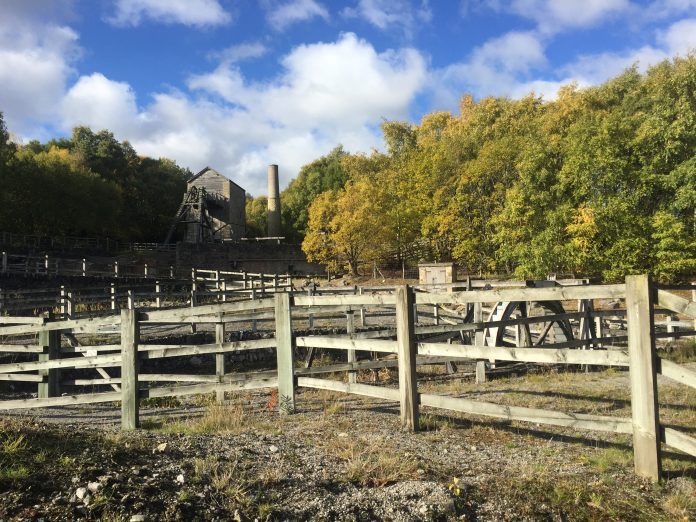 Here’s the next instalment of ‘five interesting things about places in Wrexham County Borough’.

And today, we’re focusing on Minera…

1. The origin of the name

For those of you familiar with Minera’s history, you’ll be unsurprised to hear that the name comes from the Latin word for ‘mine’ or ‘ore’.

And it’s a history that stretches back for a long time; people have mined at Minera since at least the middle ages.

The first written reference to Minera was in 1296, when Edward 1 sent miners from Minera to Devon, to work in his silver mines…so the name Minera has been in use for over 700 years!

We think having all this heritage reflected in the name Minera is quite special, so we’ve made it our number one pick 🙂

This is one of our more unique country parks as it actually contains remains of the lead processing areas from the 18th and 19th century.

This means visitors are treated to a glimpse of the past amongst the many splendid views of Minera.

Hikers’ are catered for, as they have the choice between many walking routes. Here’s a video of our walk starting at Minera Lead Mines from last year.

The restored beam house engine is possibly the crowning glory of this special country park, but there’s plenty to choose from.

So if you haven’t visited in a while, go over and take a look.

Oh and if you like walking, you’ll appreciate this next one too…

Ok, so this actually starts in Coedpoeth, but how could we not include a walk that takes in Nant Mill and the best of Minera too 🙂

You’ll need a good pair of walking boots as this is a 5-mile trek. We have a great walking guide for this route that you can download from our website.

The guide says to allow three hours, but you’ll probably want a bit more time to enjoy all the scenery.

The walk takes you from Coedpoeth into Nant Mill, and through woodlands leading to Minera and its incredible views. You’ll then pass the aforementioned Lead Mines, before returning via a different route.

Give it a go – it’s highly recommended.

There’s records of a ‘chapel of ease’ in Minera as early as 1577 (a chapel of ease being a building for locals who couldn’t get to the Parish Church conveniently).

As the population of the area began to grow, it no longer made sense for Minera to be considered as a township of the parish of Wrexham.

So in 1864, work began on the site of the old ‘chapel of ease’ to create a new Church for Minera, designed by Kennedy and Rogers of Bangor.

Although it was a new build, they preserved the outlines and interior of the old church, and it stands today as St Mary’s Church.

As well as the Anglican St Mary’s, Minera also has a non-conformist chapel which was built in 1804. Originally known as Minera chapel, it’s now called Pen-y-Bryn Chapel.

Quite an extensive history!

Our other four ‘interesting things’ highlight how well Minera has managed to preserve its history, and Minera Quarry is another example of this.

The quarry has been associated with the extraction of limestone for over 200 years.

And the site, as it sits today, is fascinating and has something for everyone.

Remains of lead mining and limeworks – not to mention the important geological formations, will impress history enthusiasts.

And if history isn’t necessarily your bag, how about nature?

Because since 1994, many rare and threatened species can be found here.

These include at least three species of bat (lesser horseshoe, brown long-eared, natterer’s), as well as cliff-dwelling birds like the peregrine falcon and raven.

There’s a number of fabulous plants; round-leaved wintergreen, autumn gentian and moonwort, to name a few.

We visited Minera Quarry briefly at the end of our Minera Lead Mines video, so take a look if you want a quick preview.

We hope you enjoyed this edition of ‘five interesting things’. It was a history-focused one, which hopefully covered some things you didn’t already know.

As always, stay tuned for the next one 😉