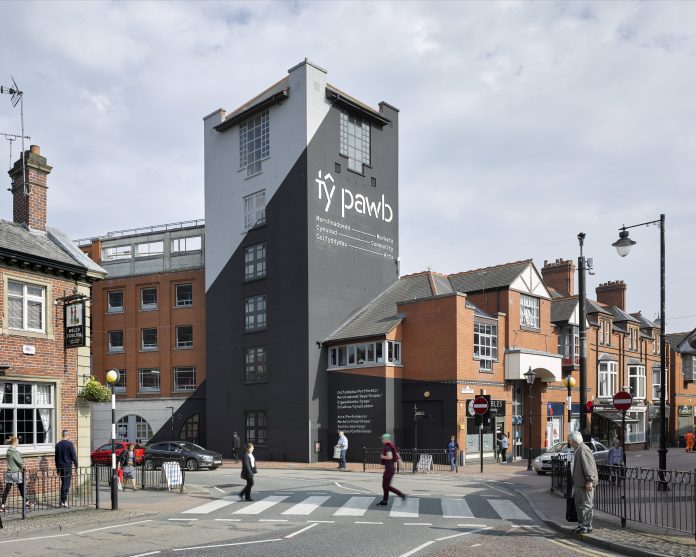 We’ve already taken a look at the success of some of the markets at Tŷ Pawb – but what about community events and groups?

Since the building re-opened as Tŷ Pawb in the April of 2018, it’s played host to hundreds of events – from film screenings and live music to talks and conferences.

But it’s also hosted scores of community groups and organisations, giving them a space to chat or meet officially – or, when needed, to hold rehearsals, put on performances or host sales.

With Tŷ Pawb’s birthday coming up, we caught up with some of the community groups who’ve used the building during the last 12 months to see what their experiences had been and what they thought of the new facility.

And the first thought that struck many of those involved was just how good a community venue it is.

“The whole aura is great for getting kids into the arts”

Andy Taylor-Edwards, creative director of The Learning Collective, found he was impressed with Tŷ Pawb when the group held two sell-out performances of Alice in Wonderland at the venue in September.

Andy said: “We did Alice in Wonderland at Tŷ Pawb in September, and we immediately booked it for our workshops.

“There are a few reasons why we booked it – it’s a brilliant venue and I wanted to support that, it’s just so amazing for Wrexham to have it.

“But it was a good move for us as a group as well. There’s a lot of people talking about Tŷ Pawb and it’s a very professional setting, and our membership has doubled as a result. And there’s obviously quite a few eateries where parents can wait for their kids. 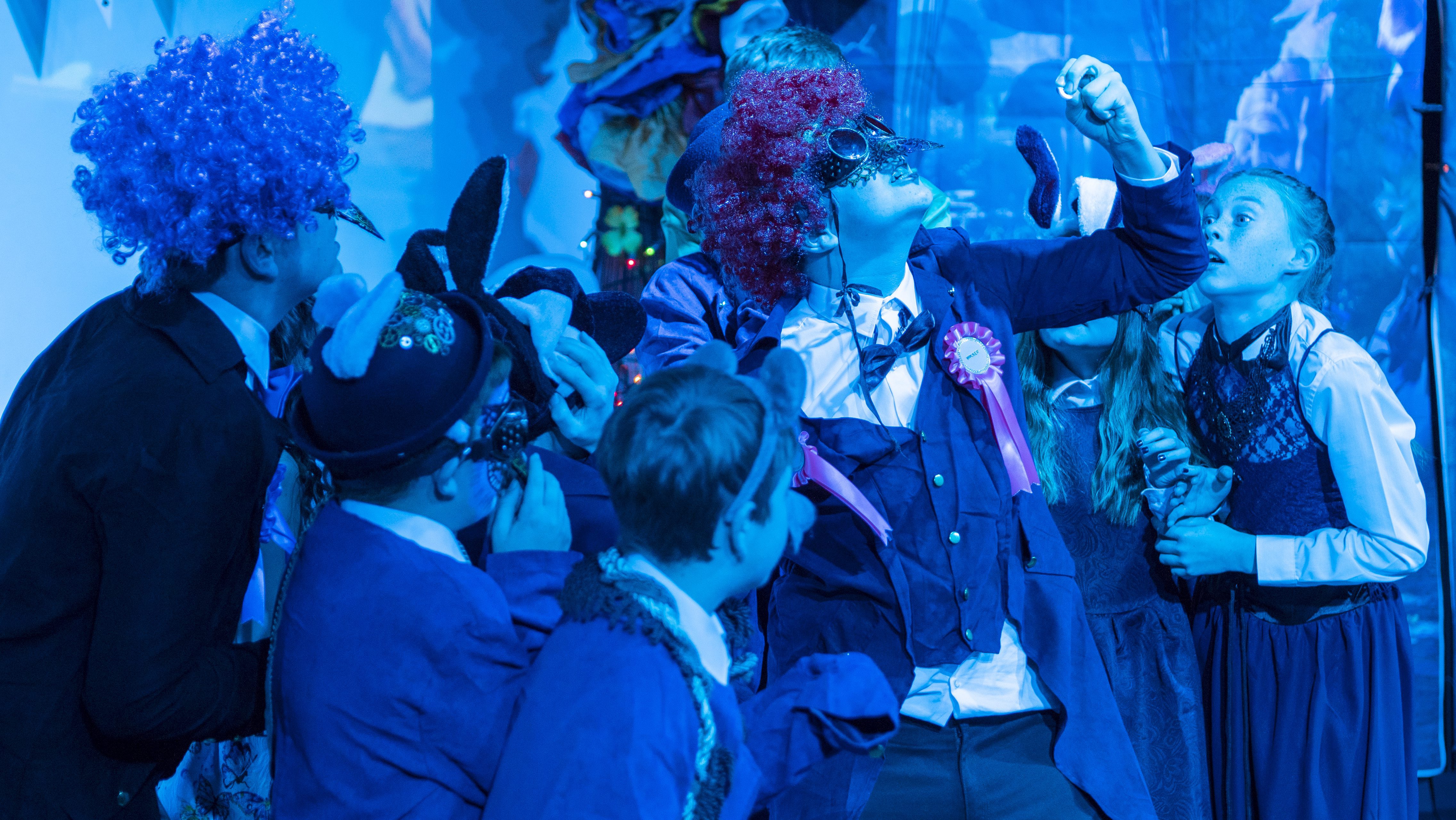 “The people there are brilliant – everyone I’ve come into contact with there has been brilliant.”

The group holds weekly workshop sessions for junior and senior groups, split between primary school-age children and 11 to 16 year olds.

“And the kids love Tŷ Pawb – it’s not just a theatre space. The whole aura is great for getting kids into the arts.”

He added: “We have a 95 per cent attendance rating. Some of that will come from what we offer in workshops, but the venue is part of that as well.

“And the kids know there’s a status that comes with rehearsing in a professional venue.”

The One World Wrexham Community Choir has been part of Tŷ Pawb since it opened.

The choir began rehearsals at Tŷ Pawb in the April of 2018, having previously met at venues such as UnDegUn and the Wrexham Lager Club.

Wendy Paintsil, co-founder and director of the community choir – which is now in its seventh year of performing – said Tŷ Pawb not only had the right mix of amenities for members, but also fits in well with the choir’s ethos as “everybody’s choir”.

She said: “We want to engage widely. We’re a community choir, and we’re open to everybody of all levels of experience, age, shape, size – everyone. We want to be open to anyone who likes to sing, but maybe hasn’t had the confidence in the past.

“With the opening of Tŷ Pawb, we felt it was a place we would like to be. Especially with the name – ‘Tŷ Pawb’ is ‘everybody’s house’, and we consider ourselves as ‘Côr Pawb’ or ‘everybody’s choir’.

Earlier this year, the community choir made use of their international links to host a performance by Northern Harmony, a US-based international choir, to Tŷ Pawb.

“We brought Northern Harmony to Tŷ Pawb, and that brought in a wider than usual audience of people from Shropshire, Cheshire and further afield in North Wales.” 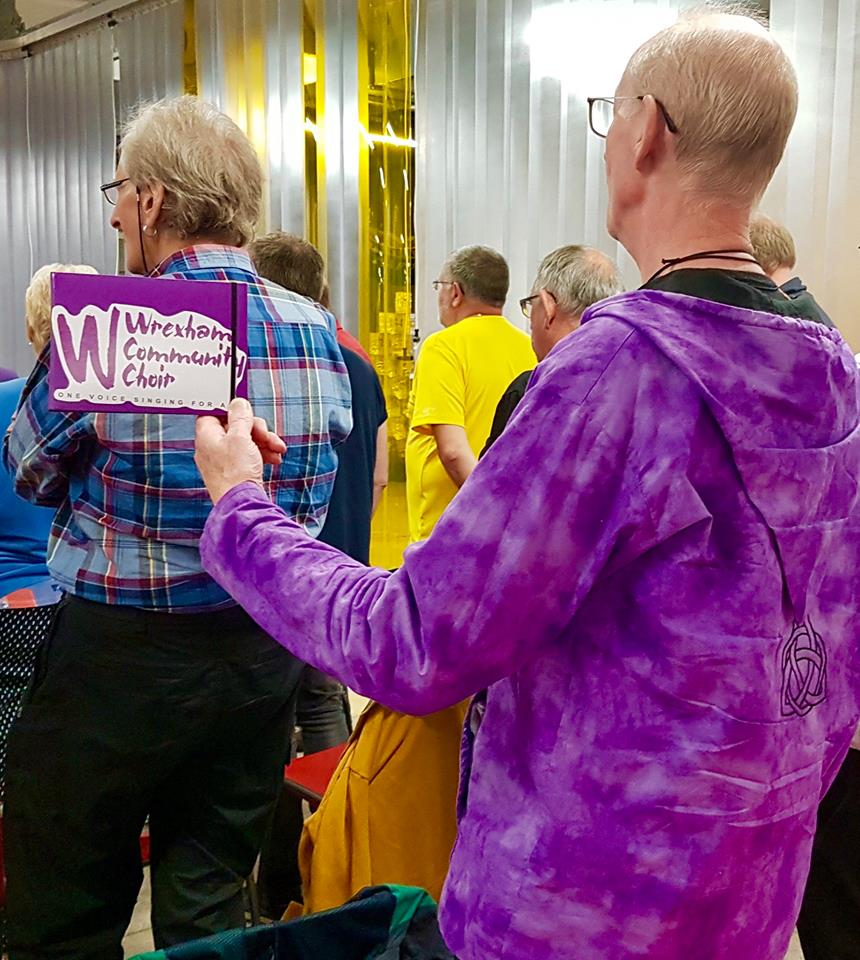 Wendy added: “The ethos fits in with what we’re about – it’s welcoming and open.

“Where we meet is very informal, and that makes it easier for people. We’re very much a choir where you can turn up and join. People feel very relaxed and we can help them with any nerves they might have.

“The staff have been brilliant – they made us feel really welcome and supported.

“And the vendors have been excellent as well. Curry on the Go stay open for us during rehearsals in the evening, and they’ve struck up a brilliant rapport and reputation with our members.”

“We’re also glad to be part of Wrexham’s community arts hub. As a choir, many of our members participate in the arts locally.

“And when rehearsing, members can be drawn to the exhibitions and other events – and when we have up to 100 members here, those members will see those spaces and come back for other events. We know members come back for the live music performances and open mic nights.”

Colin Trueman, of VOD Records, Mold, is used to selling records – but he wasn’t expecting to set one.

In November last year, Colin joined with the team at Tŷ Pawb to organise a record festival – his first in Wrexham in five years.

The event ended up attracting more than 700 people – one of the highest-attended events at Tŷ Pawb during its first year. 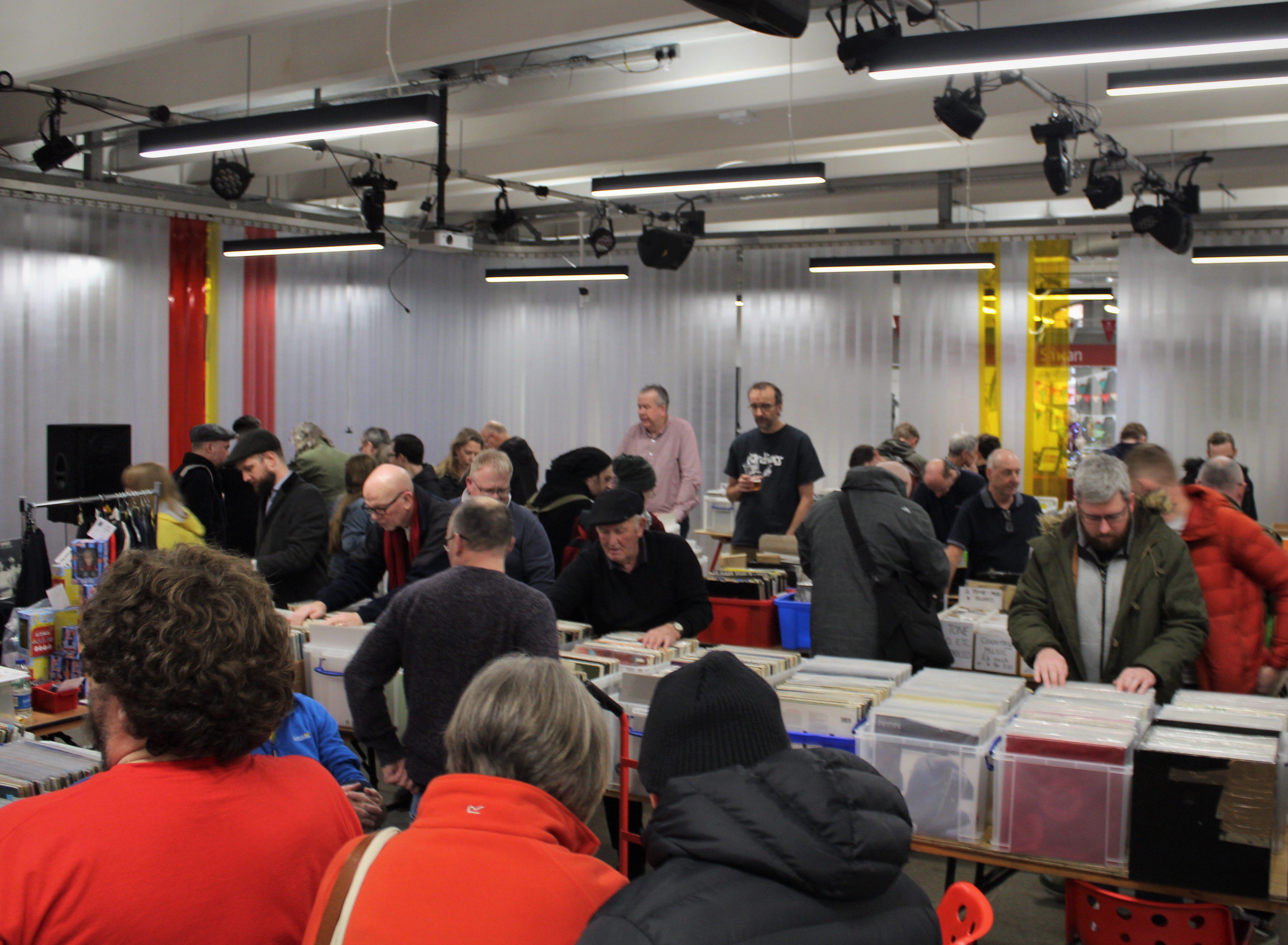 Colin said: “It had been quite some time since we last held a record fair in Wrexham, and Tŷ Pawb’s a great space.

“We had in excess of 700 people in – maybe even more than that. It was busy all the time, and that went on until the end of the day.

He added: “I’d heard a lot about Tŷ Pawb and wanted to support it as well, and people couldn’t believe it was on their doorstep.

“It’s a great location for it – there’s quite a bit of space and there was more space to put in extra stalls.”

Colin added that the fair really fit into the identity of Tŷ Pawb, noting “Record fairs are all about community.”

The record fair will return to Tŷ Pawb this year, with a summer event on May 11 and a winter event on November 23.