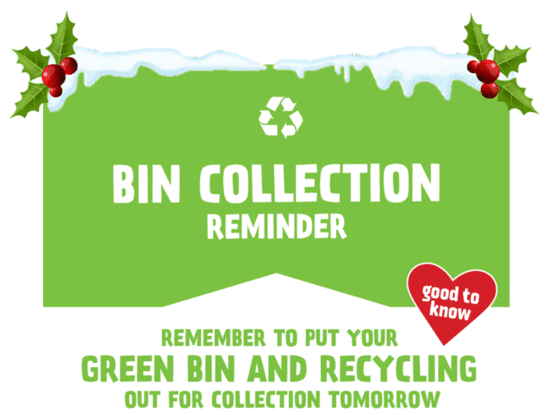 It may sound like rubbish but being a member of the “Bin Reminder Alert” club means you’ll never miss a bin collection again and you’ll always know which bin to put out alongside your recyclables.

Having a bin reminder means never missing a collection as you will receive an email the day before your collection is due which will tell you which bin to put out along with your recyclables.

The majority of those who signed during this time did so by following a link such as the one below – if you haven’t already signed up for a bin alert reminder then why not do so now?

Cllr David A Bithell, Lead Member for Environment and Transport, said: “The majority of households have access to the internet and this is a great little online tool that can be used by them. It’s free to use and also takes into account the changes for Christmas collections which can be the most problematic for us and for our residents.”

Meet the headteacher of our new Welsh medium school…