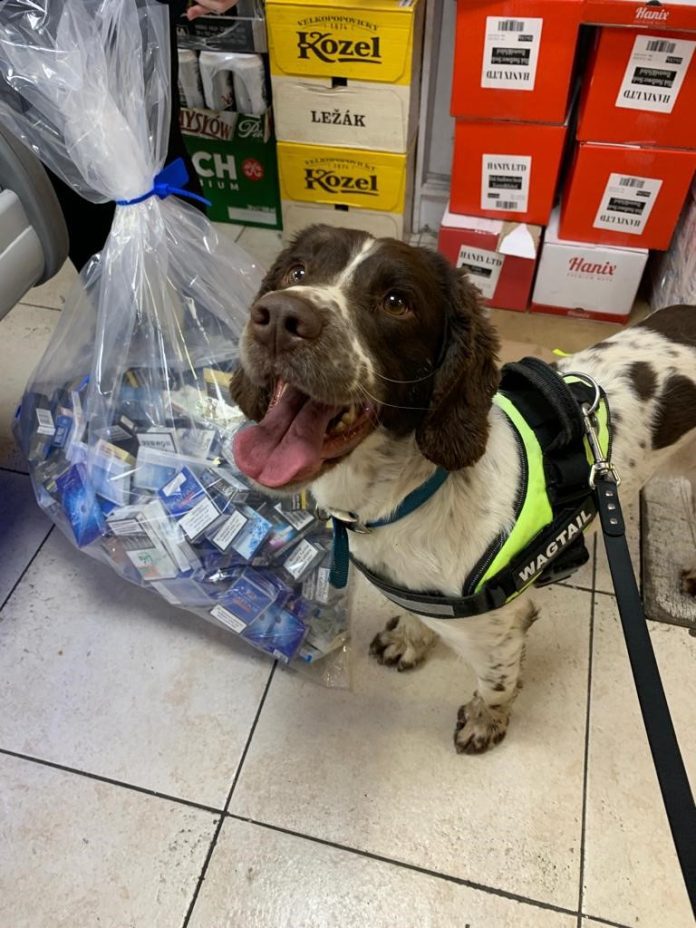 More than 250,000 illegal cigarettes and 20Kg of illegal rolling tobacco (enough for 20,000 roll ups) were sniffed out and seized last month from shops and storage locations following raids across North Wales including Bangor, Rhyl, Caernarfon, and Colwyn Bay.

Roger Mapleson, Lead Officer for Tobacco from Trading Standards Wales said:  “Smoking kills over 5000 people in Wales every year and half of all long term smokers will die as a direct consequence of their habit. “Illegal tobacco is cigarettes or rolling tobacco that has been smuggled and where no duty has been paid. “This means it can be sold for less than half the price of legitimate tobacco in the informal economy creating a significant problem in our communities. “It makes it much easier for children to access tobacco and acquire a lifelong addiction and it makes it much harder for existing smokers to quit.”

“The results of these raids demonstrate how effective joint operations can be. “Illegal tobacco is distributed and supplied through organised criminal networks – this is often linked to other criminal activity and brings crime into our local communities.”

As well the large quantities of illegal tobacco recovered, officers seized £20,000 worth of illegal vapes along with a quantity of counterfeit perfume.”

Two premises have been closed down and one individual arrested. Investigations continue.

Illegal tobacco harms communities like yours. If you know anything about dodgy cigs in your area we want to know. Report in confidence at NO IFS- NO BUTTS.