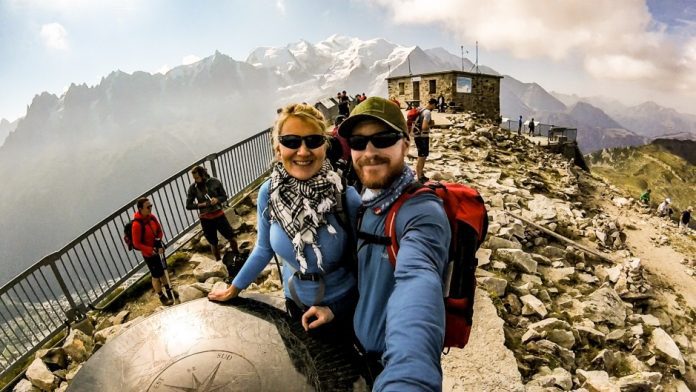 Keen trekkers and mountaineers are always striving to go higher and more extreme, and this is taking two of Wrexham Council’s staff to Everest Base Camp!

Susan and Gavin Mascall have already taken on Toubkal (the highest mountain in Africa), the Austrian Alps and the French Alps and now the pair will spend 14 days trekking up to the Everest Base camp, then beyond it to a peak that is higher up, before descending back to Lukla for a flight back to Kathmandu.

While this trek is actually their holiday – not a sun lounger in sight – they have also decided to raise money for Bowel Cancer Support North Wales.

Gavin works with people who have been referred for exercise by their GP as part of the National Exercise on Referral Scheme. Over the years he has worked with many who have suffered with bowel cancer and it is these courageous people who inspired the pair to use this trek to raise money for the charity.

When asked why he and his wife chose this trek and to raise money for Bowel Cancer Support North Wales, he had this to say: “We love being in the mountains and to go to the Himalayas has always been a dream of ours. We decided to raise some money for Bowel Cancer Support North Wales as we were inspired by one of the clients that we have worked with on the National Exercise Referral Scheme (NERS), who set this group up, even though she is still undergoing treatment for her cancer. We have been able to support her through her cancer journey and hopefully raising this money will mean that more people can be supported through a diagnosis of bowel cancer across North Wales. We still work closely with many cancer patients and know how much speaking to someone else who has had a cancer diagnosis themselves can mean. Whatever we are able to raise will hopefully take some of the burden off the small team of volunteers at Bowel Cancer Support North Wales and enable their network of support to grow.”

If you would like to donate to this cause and support Susan and Gavin on their next trek, visit: https://www.justgiving.com/crowdfunding/bowelcancersupportnorthwales.

Fill-in our questionnaire now, and make sure you have your say on proposed budget-savings.
HAVE YOUR SAY LET OTHERS DECIDE