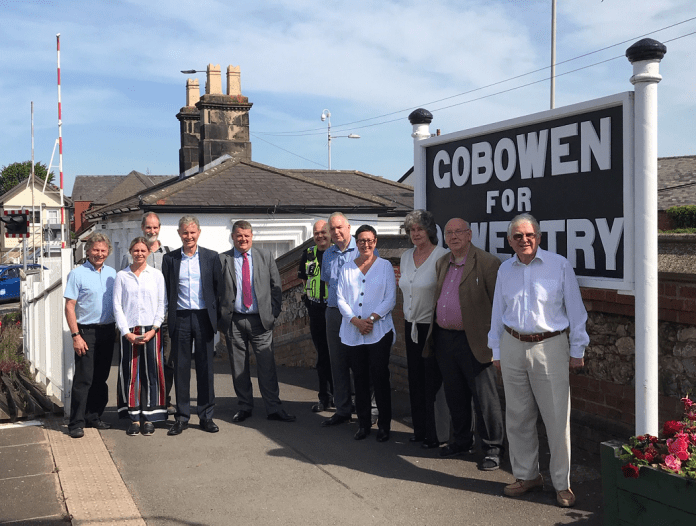 The Chester Shrewsbury Rail Partnership is one of the oldest community rail partnerships in the UK, and it aims to make sure the stations along the Chester – Wrexham – Shrewsbury line are well-used, with the added bonus of looking out for community benefits.

Members of the Partnership include:

At its recent AGM held at Oswestry Station, Cllr David A Bithell, Lead Member for Transport and Environment at Wrexham Council, was elected Chair of the Partnership, and Jackie Allen – Board Director of Severn Dee Travel – was elected Vice Chair.

Transport for Wales (TfW) Rail Services – the operator for the rail franchise for Wales – were also welcomed to the Partnership during the AGM.

Cllr Bithell welcomed TfW to the Partnership, saying: “The Partnership now enters a new phase and we are encouraged by the enthusiasm and commitment of TfW Rail services to Community Rail.

“Our business plan for the next few years will ensure our stations are gateways to the area and we will be working with various partners to deliver these.”

Following the AGM, members recently took a trip to Gobowen Station to see first-hand the work that is being carried out there by the Oswestry Station Building Trust, Severn Dee Travel and the Rail Partnership

Buildings at the station were bought by the Trust two years ago, as part of a Community Right to Bid initiative, with the aim of keeping them as a community asset.

Members saw the work carried out on the empty unit on Platform 2 at Gobowen, including the installation of a new air-source heating system. Roger Date – from the Trust – explained the next phase of the restoration would concentrate on the re-rendering of the building, and that Trust is also looking at potential sources of funding.

Mr Date also gave details of the proposal to run a Community Rail service from Gobowen Station through to the Orthopaedic Hospital, which would assist visitors to the hospital.

The booking office at Gobowen is run by the not-for-profit company Severn Dee Travel, and representatives showed Partnership members plans for the refurbishment of the waiting room and cafe, financed through a series of grants including a successful grant application to the Transport for Wales Rail Services Challenge Fund.