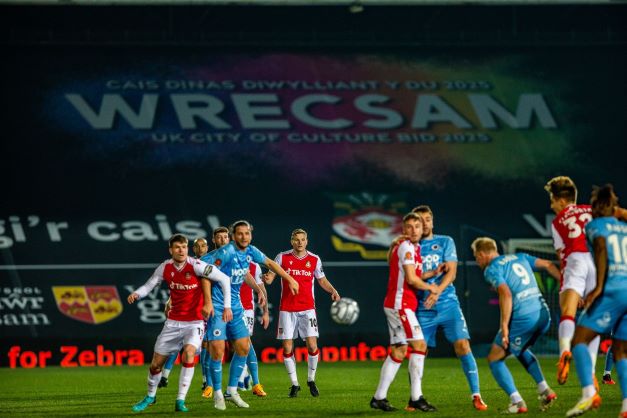 I guess you’re wondering who we are?

Something tells us that we’re about to have a bit more interest in Wrexham over the next few weeks…and years…so to anyone just finding out about Wrexham “iawn/helo/hello/Croeso/Welcome!”

Wrexham Culture: Historically a market town with a rich industrial past, football, art, the Welsh language, poetry, food and music all play an important role in providing Wrexham with its unique identity. Many of these themes converge at Ty Pawb, Wrexham’s culture hub and recent finalist for museum of the year.

Later in the year Wrexham will host Wal Goch Festival Wal GOCH, a global festival celebrating football culture as well as a National Theatre Wales  multi-location, interactive, collaborative production exploring the theme of ‘home,’ with the research for the performance being years in the making.

In June, we took over @VoiceboxWxm @TyPawb – we've been working with the myriad of communities who reside & thrive in this brilliant town. In November, it will culminate with an #ntwTEAM show by #Wrexham, for Wrexham, inspired by the theme of Home. Video by @welshphotoguy pic.twitter.com/R8rvfOG4Xg

By far the biggest cultural event to be held annually in Wrexham is the Focus Wales-an international multi-venue showcase festival, which places the music industry spotlight firmly on the emerging talent that Wales has to offer the world, alongside a selection of the best new acts from across the globe. Earlier this year poet Ifor Ab Glyn who was at the time National Poet for Wales penned and performed a poem (in Welsh) about the festival

Welcoming: Wrexham has a history of welcoming new faces and cultures. There are over 70 languages spoken here with the most popular being Welsh, English, Polish and Portuguese (but not necessarily in that order).

Wrexham is a designated ‘Town of Sanctuary’ and we recently asked some of our residents what they love about Wrexham and how they would describe Wrexham.

City of Culture: (not to be confused with city status) and Wrexham county became runner up for the ‘City of Culture’ title in 2025.

As part of the competition a ‘massive banner’ was put up on the Kop end of the Racecourse (you may have spotted it). 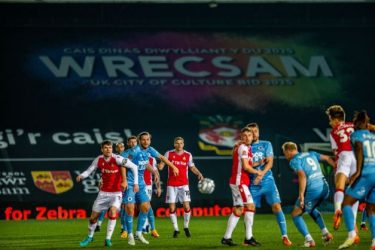 And even the Cymru football team showed their support!

Our bid logo featured the Welsh spelling of ‘Wrecsam,’ the ‘coaldust’ was a nod to our industrial past and the bright colours used represented our vibrant and diverse communities.  You can see what else we got up to by searching #Wrecsam2025 and or by watching us on @the one show

The race to find the next City of Culture is on! 🙌🏴󠁧󠁢󠁷󠁬󠁳󠁿

Home of football in Wales: Our national team the Football Association of Wales (FAW Cymru) was formed during a meeting at the Wynnstay Hotel located in the Centre of Wrexham in February 1876. Since that date Wrexham has had close ties to the FAW with many players coming from the region and several Wrexham born players featuring in the current squad.

From our national squad to grass roots, football is something us Wrexhamites have a passion for. Even our local police have a team! Here they are playing against local multi award winning Bellevue FC (Another brilliant Wrexham based team that we are very proud of) – with commentary kindly provided by our local radio station Calon FM

The hope is that as the development of the Racecourse progresses we will once again be able to watch international football in Wrexham, the spiritual home of Welsh football. Most fans won’t remember the last time Wales qualified for a World cup back in 1958 (With a goal from non-other than the great Pele putting us out of the competition).

However Wales qualifying for this year’s world cup in Qatar has put a huge sense of pride across our football mad county and nation! There are several fan zones planned around Wrexham for the tournament and we think that it’s going to be one of the best places in the world to watch Cymru Play! 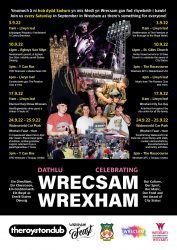 We like to turn Water into Cold beer: ‘Lager Town’ was Wrexham’s nickname for years. At one time there were 19 breweries in the town and the eldest was Wrexham Lager Beer Company that started operations in 1881. Two immigrants from Germany, Otto Isler and Ivan Levinstein set up the Wrexham lager beer company and introduced a cooling process so that the beer could be served chilled-it’s argued that this was the first place in the UK to do so!

The reason so much beer was brewed in Wrexham was the good supply of water under the town, and the water being rich in minerals. The original Wrexham Lager was even reported to be aboard the Titanic!

We have a Unesco world heritage site dubbed “The stream in the sky”: Described by Unesco as ‘a masterpiece of creative genius’ the highlight of the 11 mile Unsesco world heritage site is the Pontcysyllte Aqueduct. Designed by architect Thomas Telford, construction started on the Aqueduct in 1795 and completed in 1805. You may have to calm your nerves to walk, take a canal boat or even canoe from one side to the other. More information is available here: https://canalrivertrust.org.uk/places-to-visit/pontcysyllte-aqueduct-world-heritage-site 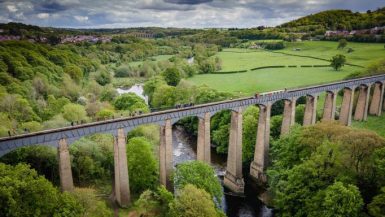 We are lucky to have many historically important buildings in and around Wrexham including: 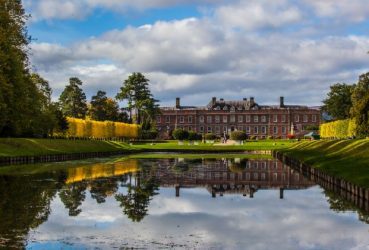 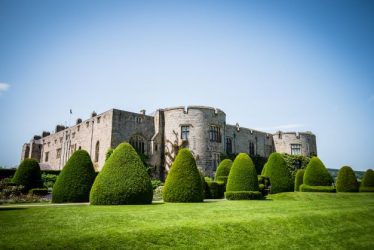 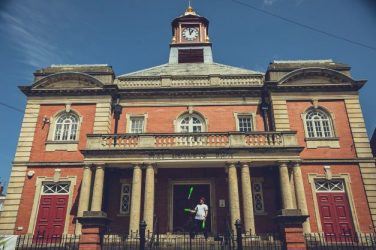 “This is a really good thing for Wrexham and part of an incredible story about two Hollywood actors and their impact on a North Wales community.

“Football is a huge part of who we are as people, and to many the club is the beating heart of Wrexham. There’s incredible passion and support for the football club.

“We hope the series will be good for Wrexham and will help put the county borough even more firmly on the map as a great place to live, work and visit.

“We’re sure everyone will be looking forward to watching the series, and hopefully, it will highlight not just our amazing football story, but also the passion and character that makes Wrexham unique.”

From our community to yours – Croseo i Wrecsam – Welcome to Wrexham