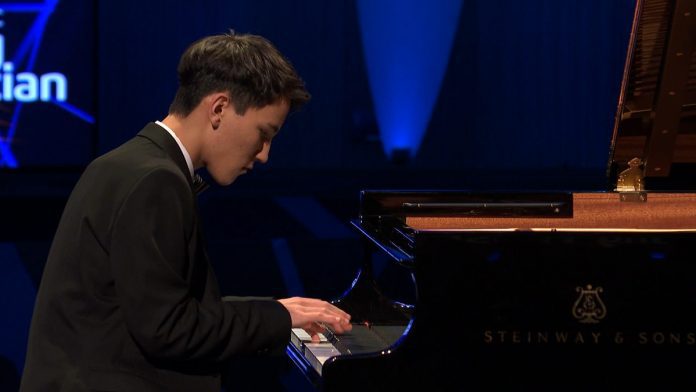 Tŷ Pawb will end its popular lunchtime Live Music Showcases for the season on Thursday when Elias Ackerley is guaranteed to thrill the audience with his amazing talents on the piano.

The event takes place between 1pm and 2pm and is free to attend.

Elias Ackerley is from Wrexham and began his piano studies at the age of 5 whilst living in South Korea, winning the junior prize at the Gumi National piano competition in 2012. In May 2013, at the age of 11, Elias gave his debut recital in Chester and continues to perform recital and orchestral concerts. Elias is a pupil of Dr. Murray McLachlan at Chetham’s in Manchester and under whose tutelage, he succeeded in becoming the youngest ever winner of the Chetham’s Beethoven competition in 2015.

He was a keyboard category finalist in 2018 BBC Young Musician. Recently Elias won the Bosendorfer Competition in Manchester. From August he will study at The Curtis Institute of Music, Philadelphia, with world renowned teacher, Gary Graffman.

Derek Jones, Chair of the Advisory Board, said “We are excited to welcome Elias to perform in our final Live Music Showcase concert and blessed with such wonderfully gifted musicians who have all contributed so brilliantly to our concerts through the season.

“We are taking a 7 week break during the summer and Live Music Showcase will be back for its autumn series on Thursday 19th September when we will open the series with a piano and cello recital by Tim Stuart and Ursula Byzdra. We are very grateful for your continuing loyalty and support – it is always most humbling to see so many of you in our audience From us all in Tŷ Pawb – Thank you.”

Live Music Showcase will launch its autumn schedule on Thursday 19th September at 1pm with a recital for piano and cello by Tim Stuart and Ursula. We’ll bring you further details of next season’s Showcases soon.

Here’s a taste of what’s in store on Thursday: