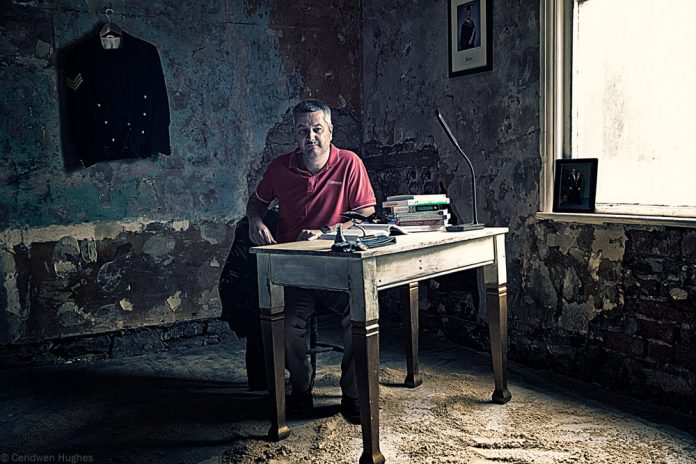 Ever thought about how forces personnel feel when they enter civilian life?

Well, there’s a powerful photographic exhibition opening on Saturday at Tŷ Pawb which takes a look at how military personnel do feel when they make that change into civilian life and what changes they have to make to fit in with their new community. The exhibition is part of Wrexham’s commemorations of 100 years of the RAF.

The exhibition gives a good taste of what many have had to go through to make a successful “transition” into civilian life once their service was over either through injury or they had served their time.

The exhibition by photographer Ceridwen Hughes, is based on two years of academic research by Dr Nikki Lloyd-Jones of Wrexham Glyndwr University. The collaboration, which was funded by Forces in Mind Trust, highlights findings from the report ‘Leaving the Armed Forces and living as a civilian’ and reveals the importance of identity for those who transition from the Armed Forces into civilian life.

The images were designed and created after conversations with the ex-Service people and refer to their former and current lives. The aim of the exhibition is to encourage people to want to know more about the experiences of those portrayed. Every image is supported by a written narrative and video interviews.

Each person who took part in the photographic project has their own unique experience of transition but one common theme running through all their reflections is the need to develop a shared language with their civilian community.

Ceridwen, explained: “From our conversations with ex-Service people, it became clear that historically people have assumed the responsibility for transition was down to the Ministry of Defence, whereas, this report and the exhibition suggest it should be a shared responsibility with the communities in which they live.

“Dialogue is often around injured and damaged Service people, but the difficulties experienced on transition can often be exacerbated by the lack of understanding of their needs by the very communities they move into. Our aim through this project is to highlight the findings of the research and open up dialogue as to what we can all do to make life easier for those in transition, ” explained Ceridwen Hughes.

Cllr David Griffiths, Armed Forces Champion, said: “This is a very moving and very informative exhibition and I would like to thank everyone involved in making sure it is shown in Wrexham during the RAF 100 celebrations. I encourage as many people as possible to go and see it and to see what many have gone through to return to civilian life following their years of service to their country.”

There’s lots going on in town on Saturday August 25 so why not make it a day out for the whole family as we celebrate the Freedom of the County Borough for the RAF in Wales and the centenary of the RAF.

You can read more here: