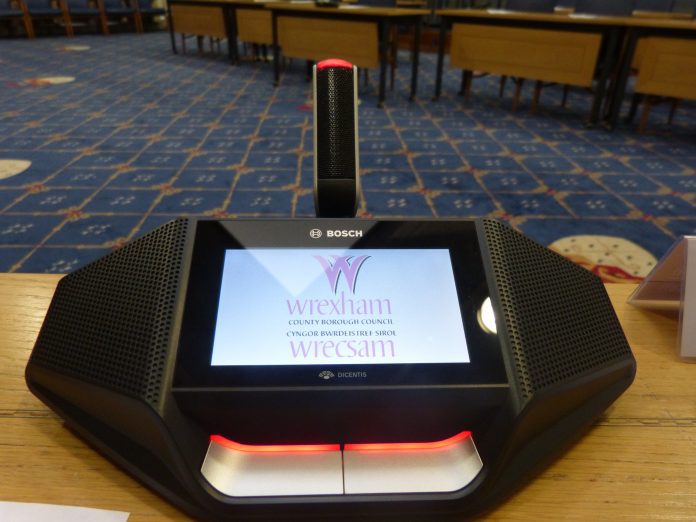 Things are getting back to normal following the Christmas and New Year break and we’re about to broadcast the first Executive Board of the year.

First on the agenda is next year’s budget following the final settlement from the Welsh Government and members are being asked to recommend to Council the net expenditure of £236,853k which will result in an increase in council tax at Band D of 5.5% – £1,153.13.

The budget recommendations follows public consultation where it was proposed to charge for school transport to faith schools and a charge of £30 for all green bin collections. Neither of these proposals are included in the budget and will not be going ahead in 2019/20.

After the budget debate – members will be asked to agree proposals for the future of the Erlas site on Bryn Estyn Lane and receive the feedback for the proposals to increase pupil numbers at Ysgol Bro Alun in Gwersyllt.

Football in the county borough is also set to be discussed as members receive an update of the development of a football strategy working in partnership with the Football Association of Wales (Trust) and the next steps for the introduction of a series of pilot projects.

You can watch the meeting live from 10am tomorrow by following this link https://wrexham.public-i.tv/core/portal/home. In the meantime if you want to take a look at the reports to see what they’re proposing you can read them here.