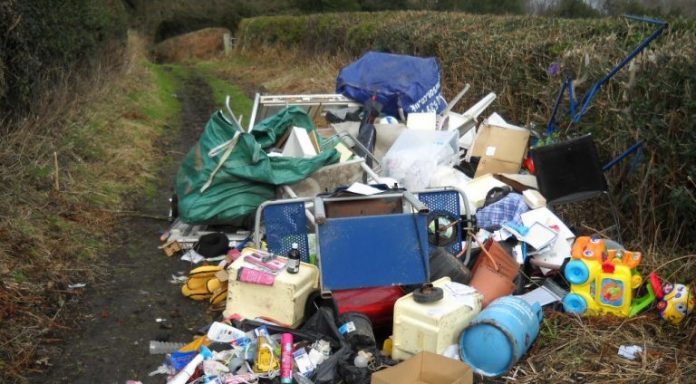 Tackling fly tipping differently in Wrexham is beginning to make a difference and in a forthcoming scrutiny report, Lead member for Environment and Transport, Cllr David Bithell, will be reporting on the progress since April including behaviour change.

He detailed that 40 investigations had taken place which resulted in fines of between £225 and £600 to nine people being issued. Seven cases are currently being prepared for court, six cases are already lodged with the court and ten are still being progressed with a view to fines or court action.

CCTV has also been authorised for use and has been used in four areas. They’ll continue to be used throughout the county borough as our officers take a firm line with offenders.

Cllr David A Bithell, Lead Member for Environment and Transport, said, “Fly tipping remains one of the biggest concerns to our residents. There’s no excuse for it.

“We have 3 household recycling centres that can be used and we alert householders regularly about their duties and responsibilities.

“The vast number of householders are very responsible and dispose of their household waste correctly and legally but there are those that continue to blight our environment with their waste. We’ll take tough action with either Fixed Penalty Fines or court action against anyone we find fly tipping.