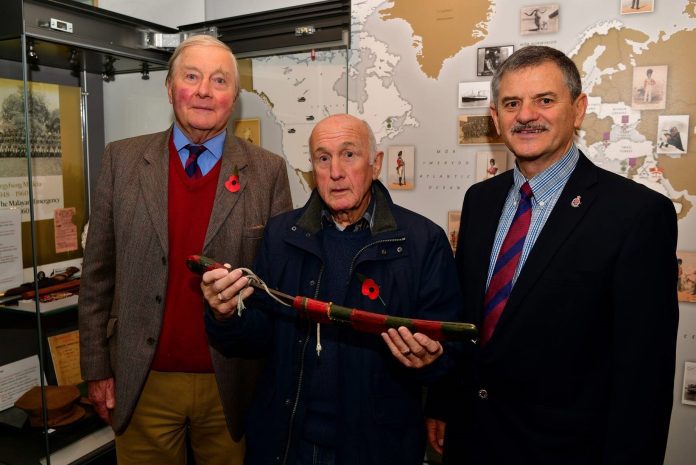 Wrexham is marking this year’s Remembrance Sunday and Armistice Day with a new exhibition at the museum:

Forgotten Wars: The Royal Welch Fusiliers Around The World.

Over the past five years, the main focus of commemorations has been the First World War, but over the centuries the Royal Welch Fusiliers, who recruited heavily across north Wales and were based in Wrexham, were called on to fight in conflicts around the globe. Soldiers from north Wales served in Africa, the Americas, Asia and Europe.

Many of these wars have become footnotes in history books, their monuments on our streets and in our churches often overlooked, even forgotten. However, these wars are well-remembered in other countries and this exhibition highlights this global history that is part of Wrexham’s and Wales’s history.

Highlights of the exhibition include:

General Jonathon Riley, commander RWF forces in Bosnia-Herzegovina, author and military historian said: “The focus of the last five years, on the Great War, reminds us that time does not diminish the quality or the depth of sacrifice by soldiers in the service of their country. Just as in the 21st Century, our soldiers have served in wars around the world, so too earlier generations were called on to do the same. This exhibition is a timely reminder of that.”

The exhibition opens on November 8th and will run for a year. Admission is free.