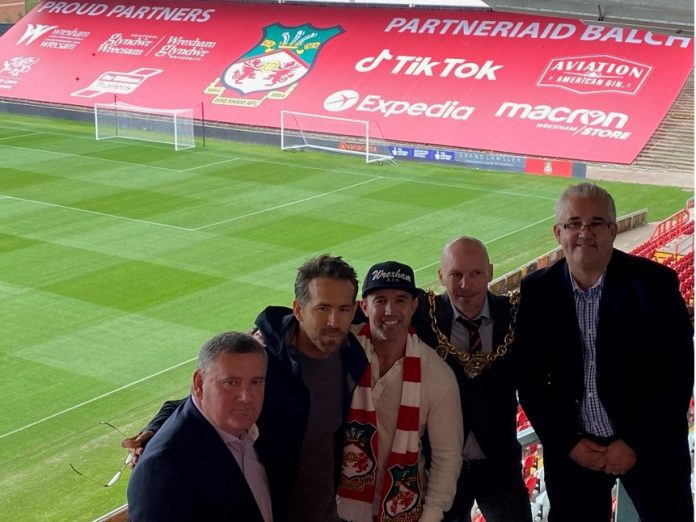 Last week as part of Ryan Reynold’s and Rob McElhenney’s first visit to Wrexham the Mayor, Leader and Chief Executive of Wrexham Council hosted a formal civic welcome for the pair at the Racecourse Football ground

The reception was held at the football ground due to Covid-19 restrictions rather than in the Council Chamber. 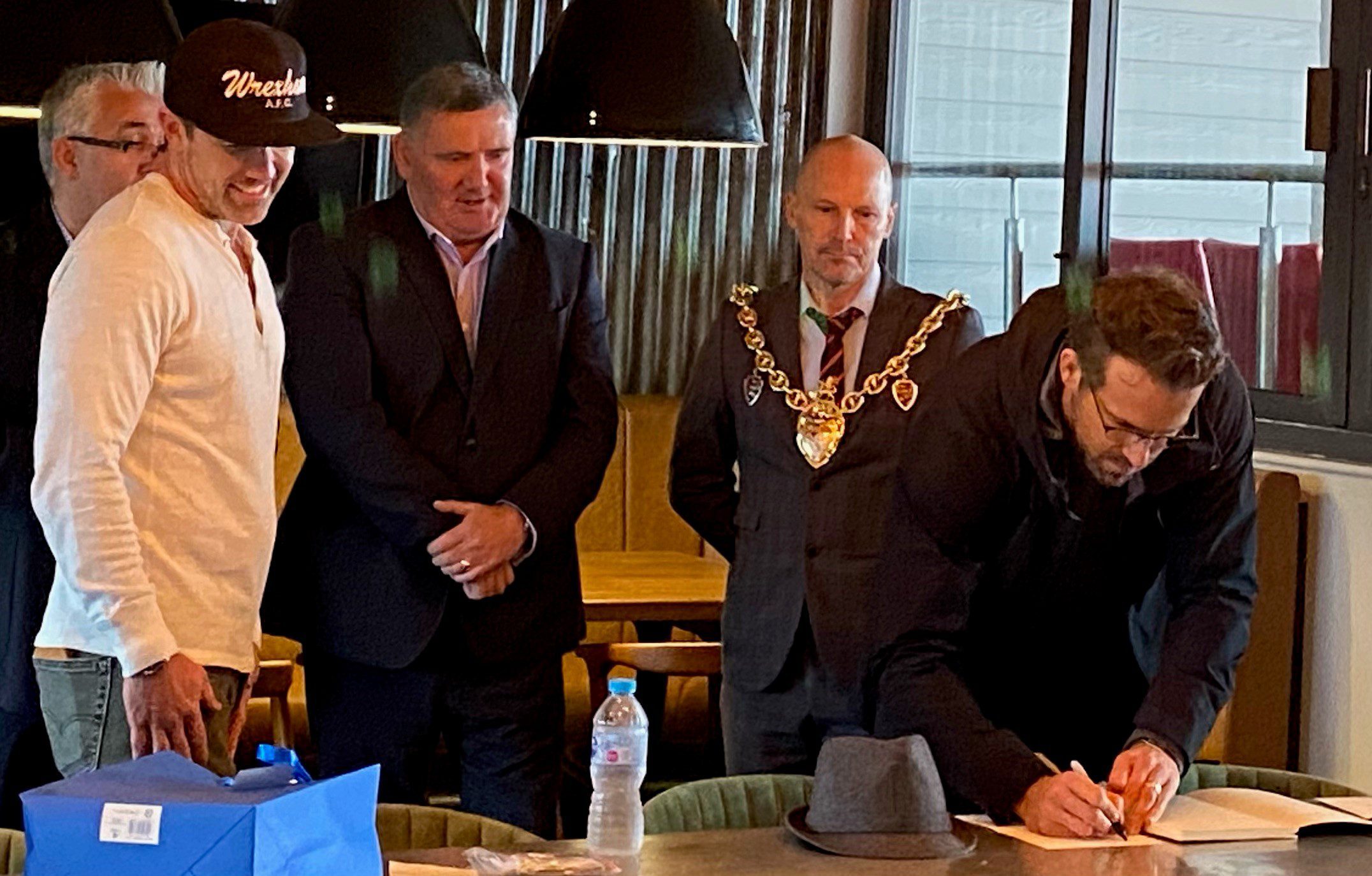 Leader of the Council, Cllr Mark Pritchard said, “It was great to hear their genuine aspirations for the football club, ground and Wrexham, including their support for both the city of culture and city status bid, it was reassuring to hear what others are saying which is “why wouldn’t you”.”

Chief Executive, Ian Bancroft said,  “Wrexham is lucky to have such committed and genuine investors into the area and we thank them for their time and generosity of spirit during the visit, and we look forward to welcoming them back on many more occasions.”

The Mayor of Wrexham, Cllr Ronnie Prince, said, “I was really pleased we were able to give a formal civic welcome to Ryan and Rob who are two really nice guys, down to earth and very approachable.

“They both have big ambitions for Wrexham FC which is fantastic. There is a real buzz around Wrexham now they have taken over the club with big expectations at the possibility, in the future, of premier league football. No pressure for sure!

“It’s good to know that such high profile figures have faith and ambitions for Wrexham Football Club and are wholly committed to the wider community and  supportive of our aspirations for Wrexham.

“The future is looking good for the Club and for Wrexham.

Thanks Ryan…. Thanks Rob” 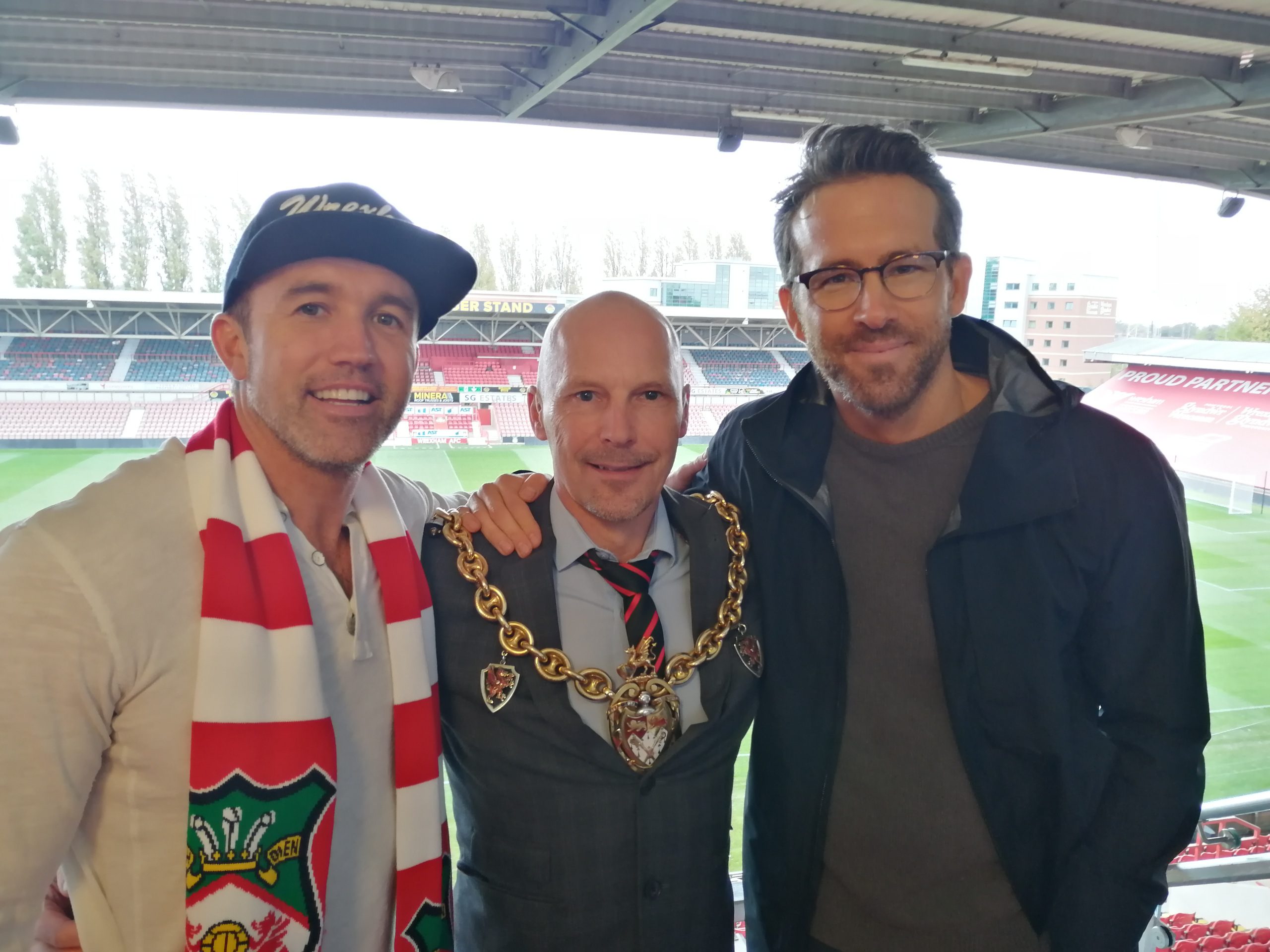 Today we welcome to Wrexham a panel of Expert judges from the City Of...