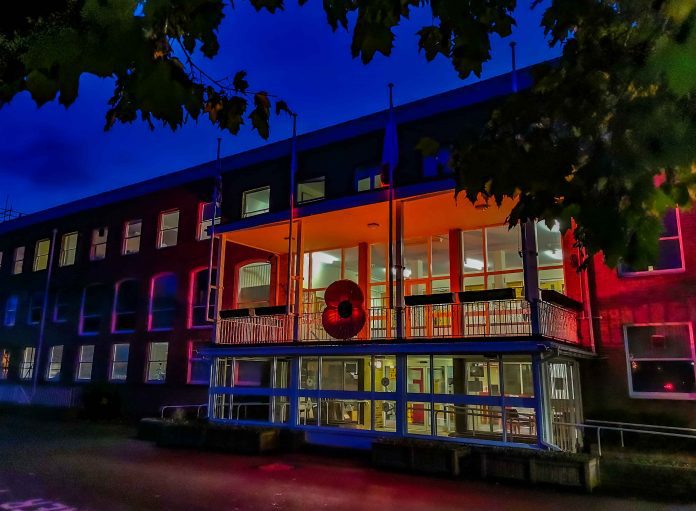 This year marks the 100th year of the Royal British Legion and the poppy appeal.

As part of this anniversary and to mark the occasion, organisations and businesses have been asked to #turnWalesred.

The Guildhall balcony will be illuminated red in the lead up to Remembrance Sunday in remembrance to those who have fallen and to show support for the Royal British Legion campaign.

Armed Forces Champion Cllr David Griffiths said: “We have a strong history of supporting the armed forces in Wrexham. This year we will be showing our support in many ways, including supporting the #turnWalesred campaign.