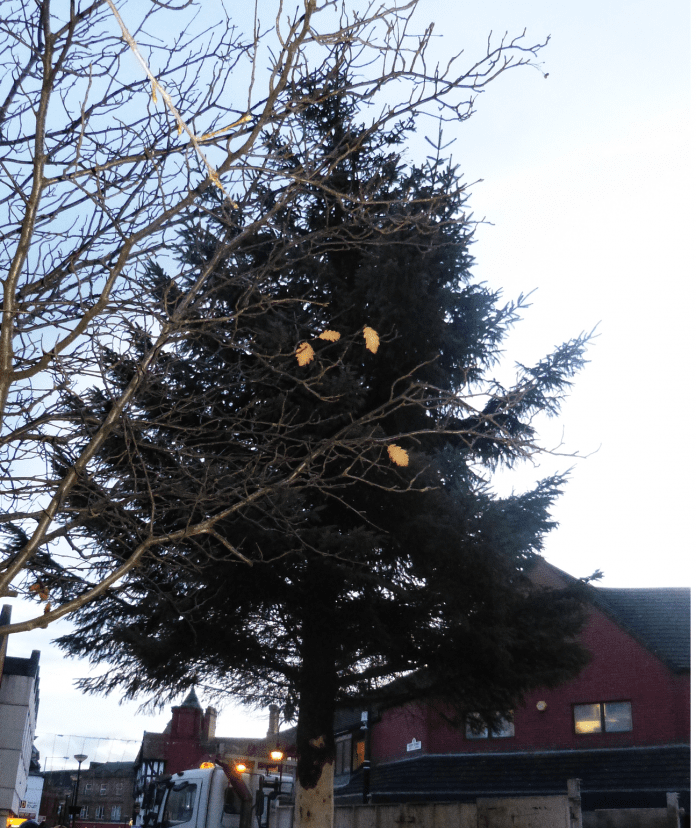 One of the final touches to the Christmas decorations in Wrexham has arrived in the shape of a massive Christmas tree which is now being decorated on Queen’s Square.

It will soon be ready with the lights officially turned on on Thursday evening.

The event on Thursday – one of the most popular in the town centre calendar begins at 5 pm and ends at 8 pm.  The festivities are being organised by a team of volunteers from the Wrexham Glyndwr Rotary Club.

There’s already an impressive line up of who will be there including:

There will also be fairground rides, reindeer and of course festive stalls and the event will end with a brilliant firework display. 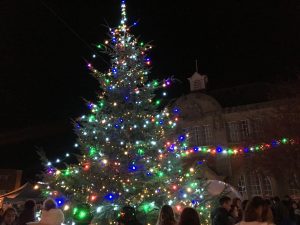