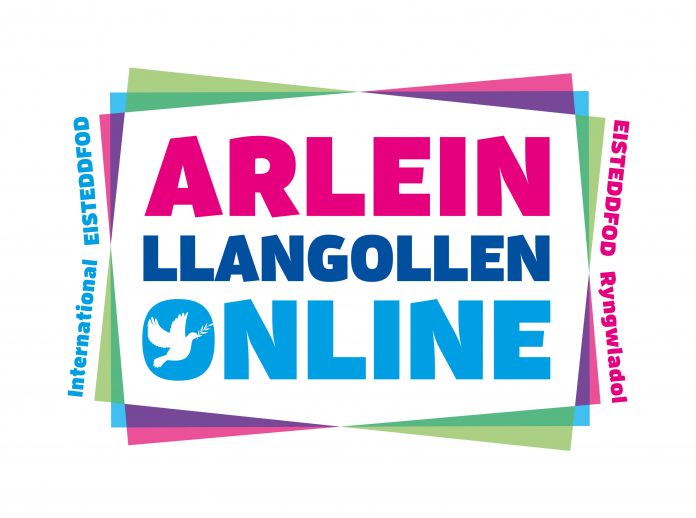 Last month, Llangollen International Musical Eisteddfod (LIME) launched ‘Llangollen Online’ #connectingtheworld, a digital offering to bring together its global community following the postponement of this year’s festival. Next week, in what would have been ‘Eisteddfod Week’, they have a programme of online activity to give a flavour of the International Eisteddfod to the many participants and visitors who usually descend on this picturesque Denbighshire town each July.

On Tuesday 7 July, to open the week, there will be a special message from LIME’s patron, HRH The Prince of Wales.  It continues a long relationship between The Prince of Wales and the International Eisteddfod, which he has visited three times. During the most recent visit in 2015, The Prince was famously coaxed into dancing with members of a Punjabi bhangra group from Nottingham, the Sheerer Punjabi dancers, as he waved off the traditional Parade of Nations.

HOW TO GET A TEST IF YOU’VE GOT CORONAVIRUS SYMPTOMS

On Thursday 9 July, as part of the festival’s traditional ‘Peace Day’, online audiences will be treated to the premiere of a Global Peace Message. The main feature will be a relayed spoken word performance of a specially commissioned poem, Harmoni a Heddwch, written by Mererid Hopwood. Those taking part in the message include LIME President Terry Waite plus children from Ysgol Rhostyllen, St Giles School Wrexham and Ysgol Dinas Bran.  The online premiere will also present the first performance of a new piece of music, sung by Wrexham soprano, Elan Catrin Parry, with words by Hopwood and music by Edward-Rhys Harry.

Edward-Rhys Harry, Artistic Director of LIME, says “We are delighted to open the week on Tuesday with a message from HRH The Prince of Wales.  With Tuesday traditionally being our Children’s Day, we will also have the online premiere of our Children’s Day Message of Peace, elements of which will be included in our Global Peace Message on Thursday.

This is the first time we have ever done anything like this and we are all so excited to be able to share it online with our international community. It has been amazing to have Mererid Hopwood create a new poem for us that has captured the essence of our festival, and we have been overwhelmed by the generosity of others who have given their time to help us create Llangollen Online. We feel very humbled and grateful and hope people enjoy the ‘flavour of Llangollen’ this year.”

Mererid Hopwood is a Welsh poet, who in 2001 became the first woman ever to win the bardic Chair at the National Eisteddfod of Wales, the Crown in 2003 and the Prose Medal in 2008. She was the Bardd Plant (Children’s Poet) in 2005.  Nes Draw, her first collection of poetry won the 2016 Wales Book of the Year Welsh Poetry category and was selected to the Wales Literature Exchange 2016 Bookcase. She is currently Professor of Languages and the Welsh Curriculum at the University of Wales Trinity Saint David.

Over the past 4 weeks, people have been voting via Llangollen.TV for their favourite performances and moments from the last 25 years, from footage showcasing performers from 57 different countries and well over 10,000 competitors. Tens of thousands of people have voted in five categories and the winners will be announced live on S4C’s daily show Prynhawn Da! as well as on Llangollen TV every day during what would have been Llangollen 2020’s ‘Eisteddfod Week’ from Tuesday 7 to Saturday 11 July.

The week will also include the Young Peacemakers Awards, in association with the Welsh Centre for International Affairs (WCIA), an online premiere of the Children’s Day Message by Chris Dukes with local school children from Ysgol Bryn Collen, Llangollen and St Joseph’s Catholic & Anglican High School, Wrexham, and competitor messages from across the globe.

‘Eisteddfod Week’ will culminate in a 90 minute documentary on S4C on Sunday 12 July at 7.30pm, featuring some of the most memorable moments from the past 25 years.

To precede the week, audiences can relive Llangollen 2019 with a special broadcast of last year’s highlights programme to be shown on BBC TWO Wales on Sunday 5 July at 7pm.

How to get a test if you’ve got Coronavirus Symptoms.