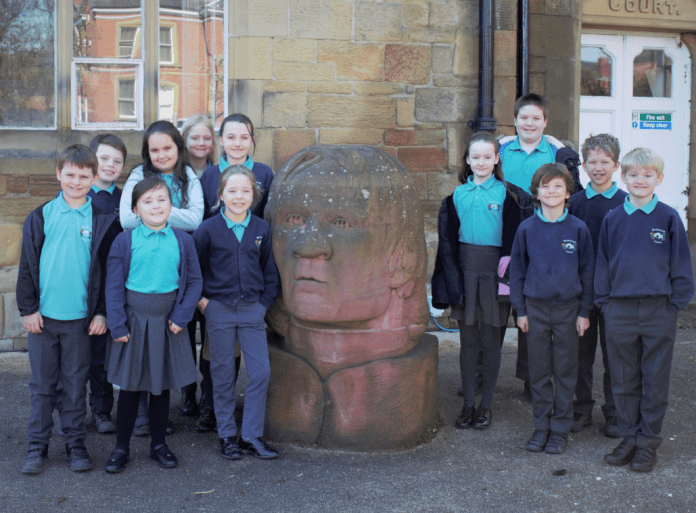 A local school will turning Wrexham Museum into their classroom as part of an exciting new project!

Pupils will be using the whole of the Museum as their classroom with activities such as a World War Two workshop, and creating a display planned.

The aim is to promote school-museum partnerships and enhance the learning of the children in a unique setting.

The pupils will be officially congratulated for completing the residency at a celebration event on Wednesday April 1.

‘My Primary School is at the Museum’ is a project developed by Kings College London following an idea from the architect Wendy James.

In 2017 three cultural venues across the UK took part in a Pioneer project which proved incredibly successful. Additional pilots have since been trialed, not only in the UK but in other countries too.

The project has been part funded by an Experiencing the Arts – Go and See grant from Arts Council Wales who have donated towards transportation to and from the museum.

A first of it’s kind in North Wales

Lead Member for People – Communities, Partnerships Public Protection and Community Safety, Cllr Hugh Jones, said: “Borderbrook School’s residency will be the first pilot of its kind in North Wales so this is a hugely exciting project for Wrexham Museum to be pioneering.

“Museums have so much to offer in regards to enhancing and expanding learning in rich environments with access to real objects and primary sources. The residencies are not just about history, they are so much more than that and can include STEM, design, creative writing, art, geography and so much more.

“Projects like this play a huge role in engaging younger audiences with our museums and inspiring them to learn more about our local heritage. I’m sure the children will have a fantastic time over the next three weeks.”

Celebrating the history and heritage on our doorstep

There are no set outcomes to residencies, they are holistic and child-led, encouraging children to lead on their interests which is very much in line with the new Curriculum for Wales.

Borderbrook School Teacher, Alison Kerr, said: “We’re thrilled to be involved with the first ‘My Primary School at the Museum’ project to be trialed in North Wales.

“The children had a fantastic time on their pre-visit a couple of weeks ago. They even came up with a list of new museum behaviour codes which included ‘rules’ such as ‘enjoy ourselves’, ‘ask questions’, and ‘try new things’!

“We have so much history right on our doorstep and it’s so important to enable children to have the opportunity to learn outside the classroom and engage with the brilliant services we have in our local area.”

Kids take over the museum!