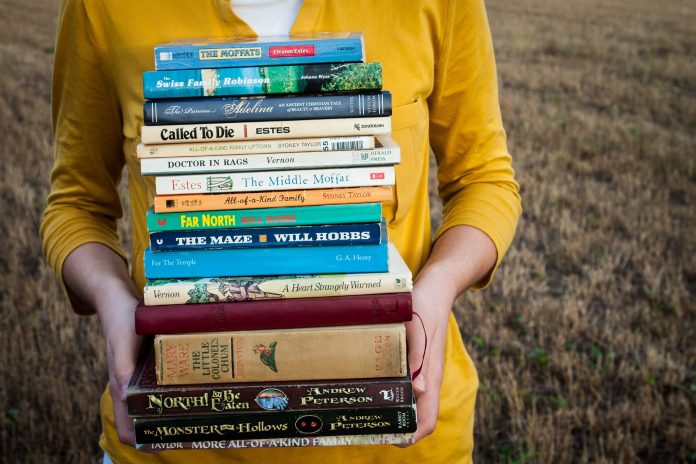 The dates of the 2018 Carnival of Words, one of the leading book festivals in North Wales and the Marches, have been announced.

The Wrexham Carnival of Words has been a resounding success since it was first held in 2015, with an increasing range of events, which have proved popular with local people.

From the beginning it has helped local authors bring their work to a wider audience, as well as bringing a range of popular and well-known authors to Wrexham to talk about their books, their literary influences and the experience of writing for others.

You don’t have to wait until April…

If April seems a long way off, several events are planned before then as a prelude to the 2018 Carnival.

There will be a performance of Bothered and Bewildered at Wrexham Library on Tuesday, November 28 at 7pm.

Playwright Gail Young will talk about the background to her comedy drama, which is a moving insight into the realities of dementia.  Gail and friends will perform extracts from the play, which follows Irene and her two daughters Louise and Beth as the girls lose their mum in spirit but not body.

The first workshop, entitled Inspirational Resources for Writers, will demonstrate how to use archive material to inspire fabulous stories.

It’ll be followed by Improving First Drafts, in which William Ryan will show how to take that initial text and polish it to perfection.

Also at Wrexham Library, at 7pm, will be William Ryan’s spell-binding talk, The Hoecker Photos: From Artefacts to Fiction.

In 2007, a retired American military intelligence officer donated an extraordinary collection of photographs to the United States Holocaust Memorial Museum.  The photographs were taken between June 1944 and January 1945 and belonged to Karl Hoecker, adjutant to Richard Baer, the last commander of Auschwitz.

When author William Ryan came across them he was fascinated.  Because in the photographs we see very ordinary men, on the face of it, except that they are some of the worst mass murderers in history.

William will show some of the Hoecker photographs and explain how he used them and other photographs to create a work of fiction that is, at the same time, firmly rooted in history.

Tickets for all events are available at Wrexham Library.

Get instant news and info from Wrexham Council with MyUpdates