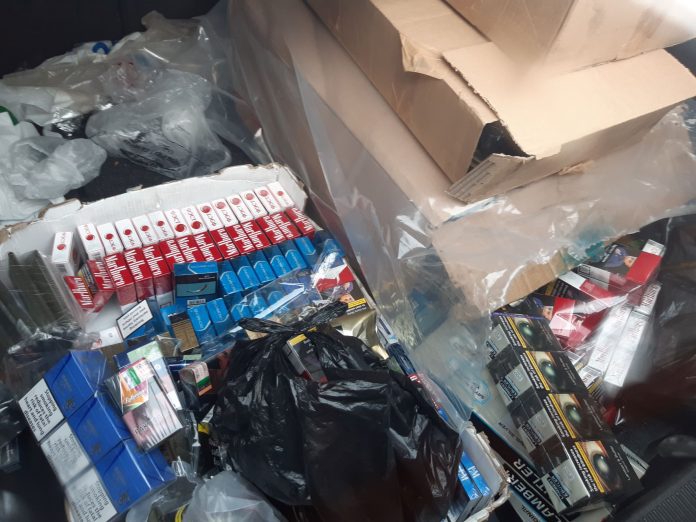 Tens of thousands of illegal cigarettes were seized on Monday 14 February from businesses in the town following a series of disruption visits.

This follows on from similar disruption visits in the town in September last year and have conducted as part of Operation Cece with funding from HMRC.

Trading Standards Officers from the Council’s Public Protection Service were supported by officers from North Wales Police as well as by specialist tobacco detection dogs. Illegal tobacco was found hidden in a variety of locations including in the boot of a nearby parked car and in a self storage unit.

The Council’s Trading Standards and Licensing Lead, Roger Mapleson said, “Smoking kills about 5,500 people in Wales every year. It is the biggest single cause of premature death in the country causing untold misery and putting significant strain on the health service.

“Those dealing in illegal tobacco will be prosecuted”

“Illegal tobacco typically costs about half the price of legitimate product and is available in our local communities. Low cost and easy availability makes it easier for children to start smoking and get hooked and it makes harder for existing smokers who are trying to quit.

“Investigations into the seized product continue and those found responsible for dealing in illegal tobacco will be prosecuted.”

Welsh Government recently launched a major campaign to raise awareness to the dangers of illegal tobacco. Read more about it on the campaign website.

People can make a real difference to help tackle illegal tobacco by reporting it either through the No Ifs No Butts website or to Crimestoppers on 0800 555111.