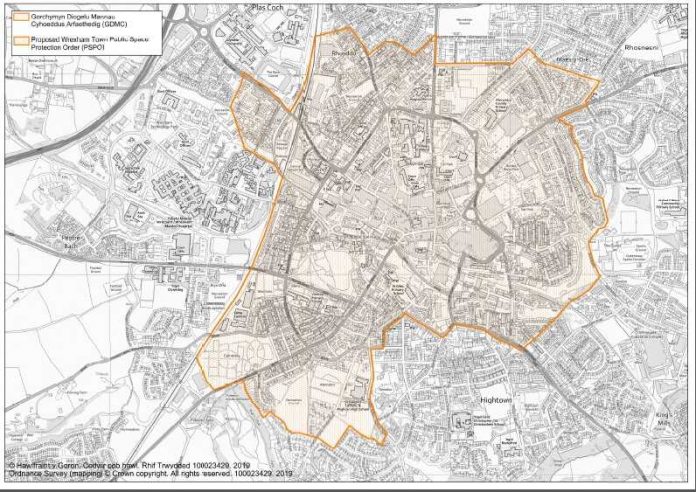 We recently carried out a round of consultation on our town centre Public Space Protection Order (PSPO).

The PSPO allows us to carry out enforcement across a defined area in the town centre on certain anti-social behaviours or activities.

This includes things like use of drugs and alcohol; public urinating or defecating; intimidating behaviour or begging.

We went out to the public to see what they thought of the PSPO, whether or not it needed changing, and if it needed renewing.

We had more than 700 responses to the consultation (736 in total), and the majority of those responding were in agreement with our proposals to renew the PSPO.

But some of those who took part wanted some further details and clarity on what we’d proposed, so they could provide a more informed view.

A second round of consultation is now open – you can take part in the consultation on our Your Voice website.

Not just about enforcement alone

Since the PSPOs were first brought in back in 2017, we’ve been very much aware that some of the problems it deals with can’t be solved by enforcement alone – most of them require a multi-agency response, where we work with partners to provide help to those people who need it.

And that’s something we’ve done in recent years, including through the work of our Gold Group, and the Community Safety Partnership.

But we also want to make sure that everyone feels safe in Wrexham town centre, and that the area is free from anti-social behaviour – we know from the first round of the consultation that many members of the public don’t feel safe when coming to the town centre.

So we have to strike a balance between making sure enforcement powers are in place, and providing support to vulnerable individuals to help them through problems like addiction or rough sleeping.

The PSPO is part of that response, so it’s important to make sure to have your say.