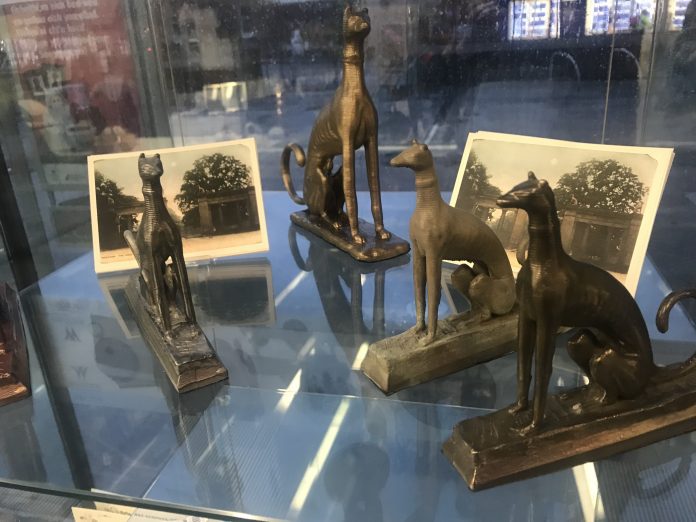 There’s a chance for you to own your own little piece of Wrexham’s history in the shape of the Acton Dog that has been created using new 3D technology thanks to engineers at Glyndwr University.

The 197 year old dog that is housed in Wrexham Museum was 3D scanned by Olivier Durieux and Arfon Hughes and 20 million points of the artefact were taken which has been used to create lovely models of the dog.

The four dogs were carved by local joiner James Edwards in 1820 and stood overlooking the gateway to the historic Acton Estate.

Karen Harris, from Wrexham Museum and Archives, said: “We’ve been exploring ways of bringing some museum  objects into the 21st century and  as the dog is such an iconic landmark in Wrexham  we wanted to have the opportunity to tell people more about him”.

The original dog will always be housed behind glass in Wrexham Museum but as a result of this amazing new 3D technology project, we have now been able to replicate models of him to sell in the museum shop and produce a larger replica model which we can use to educate school groups.

Acton Hall was one of the most important houses in Wrexham whose most famous resident was the notorious Hanging Judge Jeffreys.

The gateway to the home gained the name ‘The Dogs’ and later ‘The Four Dogs’ as the greyhounds became a symbol of the town.

Copies of the dogs were produced and still guard the entrance to the Acton Park estate today. This is a reminder of an important part of Wrexham’s local identity and heritage.