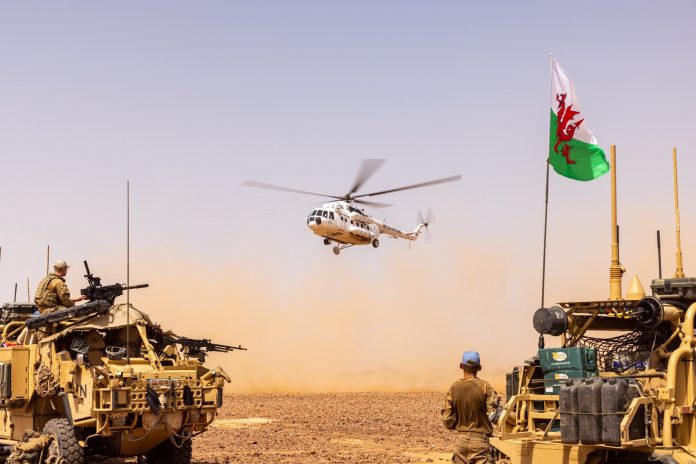 There’s yet another opportunity to support our armed forces when the Queen’s Dragoon Guards, The Welsh Cavalry, hold their Homecoming Parade from 11.00 on 12 July.

The Regiment have returned from 12 months of NATO operations in Mali, Africa and are very much looking forward to marching in Wrexham. The last time they were here was 2009.

Renew your green bin for 2022/23 – collections begin from September!


They will begin with an Inspection by the Mayor, Cllr Brian Cameron and the Lord Lieutenant, Mr Henry Fetherstonhaugh OBE DL, on Llwyn Isaf followed by permission to march through the centre of Wrexham at 11.25.

They’ll be taking the following route:

Chester Road will be closed between 9am and 12pm for the event with rolling road closures for the rest of the route.

Major R C Mansel QDG said, “1st The Queen’s Dragoon Guards, ‘The Welsh Cavalry’ are delighted to have the great honour and opportunity to conduct a homecoming parade in the City of Wrexham.

“The Regiment are returning from 12 months of NATO operations in Mali, Africa and very much look forward to being back in North Wales, one of our main recruiting areas. The regiment has a long history of recruiting soldiers from Wales. In 2027 the QDG will be returning permanently to a newly built camp in Caerwent, the first time the regiment has been based in Wales since the outbreak of the first world war”

The Mayor of Wrexham, Cllr Brian Cameron, said, “I’m looking forward to seeing the Queen’s Dragoon Guards in Wrexham once again and I know many people will join me in welcoming them back from Mali.”

Armed Forces Champion, Cllr Beverley Parry Jones, said, “We’ll once again be gathering in Wrexham to watch our troops march on the streets of Wrexham. The Queen’s Dragoon Guards haven’t been here for over 10 years and I know they’ll receive a very warm welcome.