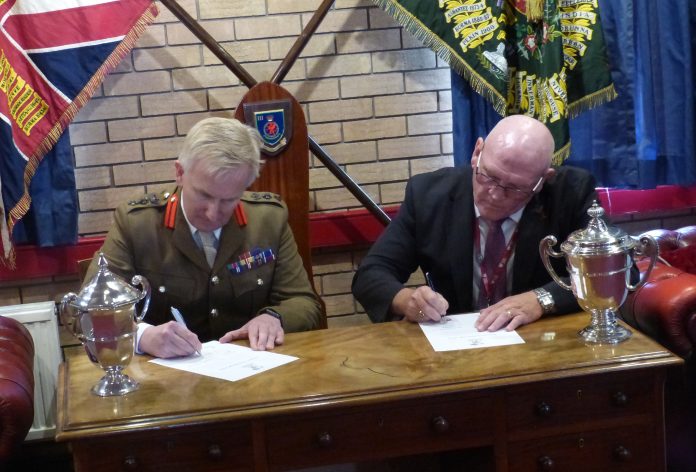 We know Wrexham has long links with the armed forces.

So it’s right that we recognise that link and do what we can to support our armed forces community.

The council originally signed the covenant back in 2013, along with a number of key partners such as North Wales Police, the North Wales Fire and Rescue Service, Betsi Cadwaladr University Health Board, Glyndŵr University, AVOW and representatives from the army, navy and air force.

Recently, the Ministry of Defence has encouraged organisations to sign their own covenants, so they’re each recognised individually for their commitment to the pledge.

Shenkin IV, regimental mascot of the Royal Welsh, was in attendance for the ceremony, alongside military personnel and members of the Wrexham Armed Forces Covenant Working Group, who ensure the commitments to the pledge are carried out. 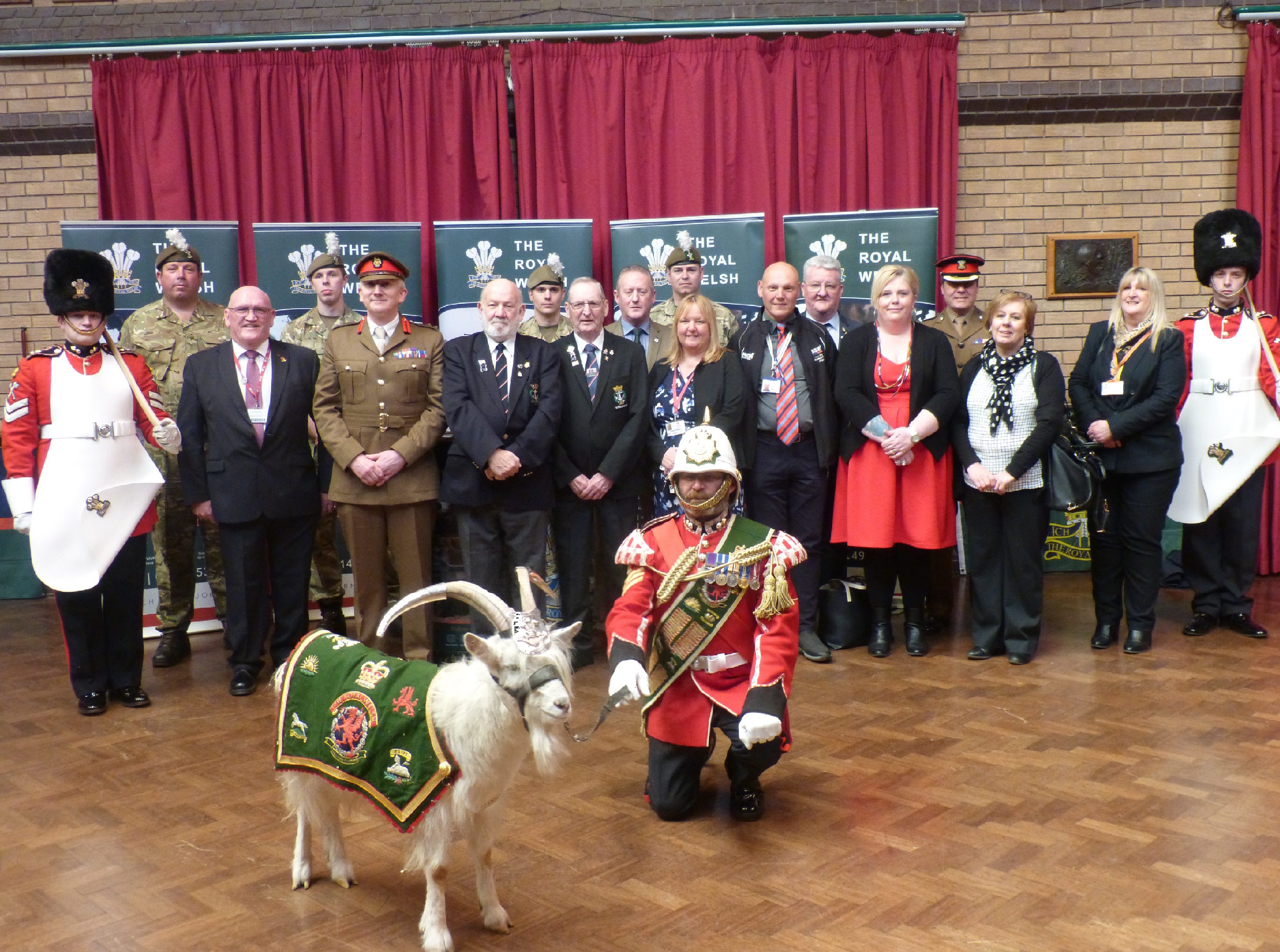 Cllr Griffiths said: “Since initially signing the Armed Forces Covenant back in 2013, we’ve worked alongside a number of partners to carry out a lot of important work to support veterans and our armed forces community.

Some of the work carried out by the group since the covenant was signed includes support for our Armed Forces Community housing schemes at Tŷ Dewr and Tŷ Ryan, both of which are now full and supporting veterans in their move toward independent living.

These projects secured more than £1.6million of investment from the MOD and will continue to provide much-needed help in the future.

The Royal British Legion drop-in centre now hosts a peer support group named Woody’s Lodge, which gives practical help and support to members of our armed forces community on any issues they have.

We’ve also seen backing for our Armed Forces Liaison Officer Janette Williams, whose post was funded by the MOD.

Janette has worked with local groups to secure more than £58,000 in small grants from the Armed Forces Covenant Trust Fund in the last 18 months.