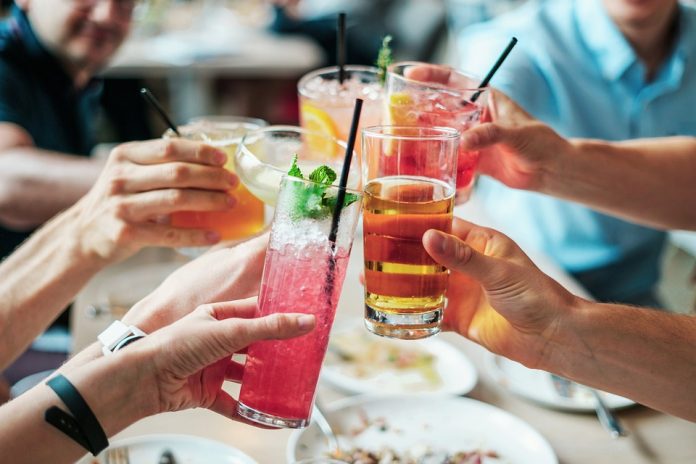 Too much alcohol can turn a great night into a bad one. You can end up going home early. Getting into trouble. Or getting hurt.

So today marks the official launch of the 2017 #DrinkLessEnjoyMore campaign.

Young people are being encouraged to cut back on how much they drink at home before going out – so-called ‘pre-loading’ or “prinking” – as well as how much they consume when visiting bars, pubs and clubs.

Plenty of people enjoy going out and having a few drinks, but if you fail to recognise when it’s time to call it a night, a few drinks becomes too many drinks, your judgement can become impaired and you’re more likely to behave badly or get injured.

It’s thought that alcohol consumption among the 18 to 30 age group contributes to a lot of alcohol-related harm.This could be anything from property damage or drink driving to anti-social behaviour and sexual and violent assaults. For many of us, going out for a drink can be part of the festive season ritual. But getting drunk means you’re much more likely to harm yourself…or others.

What makes a good night out?

We want people to help us with a research study looking at drinking habits and related harms in nightlife areas.
Don’t worry – the questionnaire is completely confidential and anonymous; nobody has to give their personal details. It just helps give us a better understanding of the issue and what we can do to tackle it.

Wrexham Chief Inspector Dave Jolly said: “The #DrinkLessEnjoyMore campaign isn’t aimed at those who drink responsibly – it’s there to help identify the minority of people who have had too much alcohol and could end up being a danger either to themselves or others.
“People need to ask themselves whether they want their night to end early because they’ve been refused entry to a bar due to them having consumed too much alcohol too early.
“Drink sensibly and enjoy your night out with friends. Otherwise, you may ruin their night out too if they have to take you home early.”

Save money by knowing the law

The initiative also aims to raise awareness of the 2003 Licensing Act, which states it is illegal to:

Both offences are punishable with a fine of up to £1000 and premises found to be serving people who are clearly drunk are also at risk of losing their licence. However, research shows that only half of people are aware of the law.

Cllr Hugh Jones, Wrexham Council’s lead member for communities, partnerships, public protection and community safety, said: “This is about reducing the strain on public services such as the police, ambulance staff and hospitals at a time when they are already under massive pressure.
“Alcohol-fuelled anti-social behaviour makes for a poor night-time economy and pub scene. Anything we and our partners can do to look at the causes of it and encourage people to curb it before it becomes a problem is a great help.”
Drunkenness can have immediate health consequences such as alcohol poisoning, and can contribute to sexual violence, accidents and violent crimes. It places a large burden on health, police and other public services.

Teresa Owen, Executive Director of Public Health for Betsi Cadwaladr University Health Board said: “Alcohol can be safely and responsibly enjoyed with friends and family this festive period. Research shows that the majority of adults are not aware that they may be drinking over the recommended limits of 14 units per week.  We want people to know their limits, think in units and find ways to reduce their intake whilst having fun. Our top tips include swapping full strength drinks to lower strength or alcohol free alternatives, ordering smaller glasses and having at least 2 alcohol free days a week .”

Anyone who wants more information about the possible harm caused by drinking can visit these websites: