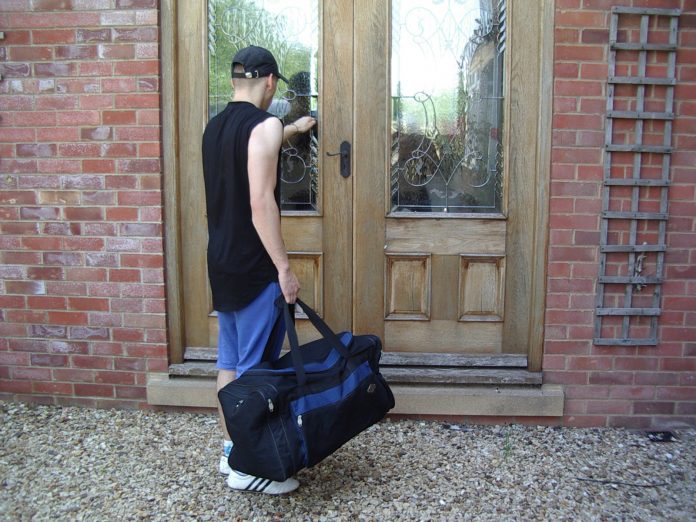 They’re usually young lads that will turn up on your doorstep with a large black holdall full of cleaning products ranging from tea towels, dishcloths and dusters to sprays, polishes and even small clothing items.

However, they’re not only trying to sell you poor quality items at highly inflated prices, but they’re also checking out suitable targets and selling details on to professional burglars. A number of people who‘ve purchased items from Nottingham knockers have become victims of a household burglary shortly afterwards.

Initially from the Nottingham area, this group would come ‘knocking’ on people’s doors to trade, hence the term Nottingham knockers.

There’s been recent reports of them across the Wrexham area and in some situations they’ve become aggressive, which has caused alarm and distress to householders. Trading Standards advises to check your window first and don’t open the door to anyone you’re uncertain of.

DON’T GET SCAMMED BY FRAUDSTERS! SIGN UP FOR TIPS AND ALERTS ON SCAMS IN YOUR AREA

This autumn, Wrexham Trading Standards will launch Operation REPEAT, a crime prevention initiative in conjunction with North Wales Police. Operation REPEAT aims to safeguard vulnerable householders from any form of financial abuse and fraud, so they can continue living independently in their homes.

The team behind Operation REPEAT have been at the forefront of dealing with Nottingham knockers for years. They advise that these men travel to an area in vans or mini buses and generally work in teams across a neighbourhood.

They’ll admit to being ex-convicts trying to make a new start and may show a card supposedly from their probation scheme. These ID cards have no legal bearing. The young men deal in cash on the doorstep and if you’ve purchased from them once, they’ll keep returning to try their luck again.

In other areas, they’ve even become violent and forced their way into people’s homes to obtain further cash. This hasn’t been reported in the Wrexham area yet, but the men have been aggressive. Again, please understand that these sellers are professional criminals and the best way to stay safe is not engaging with them.

If you’re visited by Nottingham knockers, please report to North Wales Police as soon as you can by calling 101 to give the police the best chance to attend your area and apprehend the individuals. Please try and record any details, including vehicle registration.

However, if you’re threatened or treated aggressively on the doorstep, dial 999 for an emergency response.

If you’re concerned that you’ve been approached by Nottingham knockers you can also report any incidents to Citizens Advice Consumer Service on 03454 040506.

Keep safe from fraudsters, get our alerts!