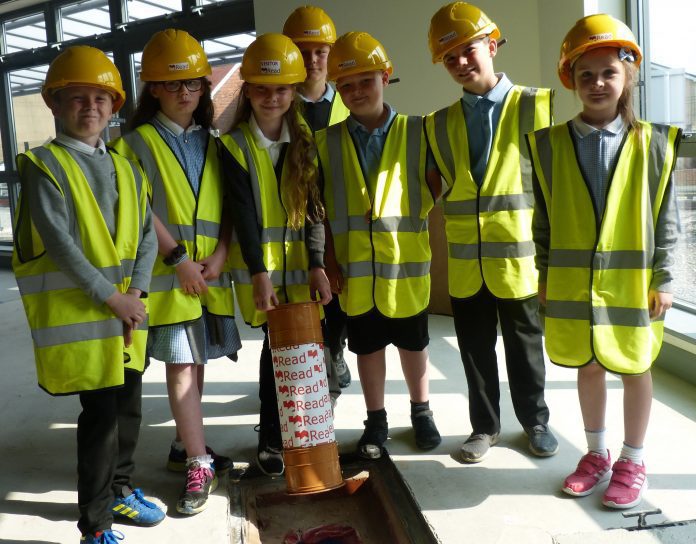 Pupils at one of our primary schools took to the opportunity to hide a little bit of history beneath the building, while construction work takes place.

We paid a visit to the school late last year during at the end of the first phase of construction, when pupils signed one of the steel beams to be used as part of the building’s frame.

But now, the pupils have added another little bit of history to the new building, by hiding a time capsule underneath its floors.

Members of the school council placed the capsule under the floor of the new building earlier this week.

Cllr David Griffiths, a governor and former pupil at Gwersyllt CP said: “I was very pleased to note – and remarked as much to the pupils – that the day we buried the time capsule marked 50 years since the launch of Apollo 11 on its journey to the moon.

“That was a day which made history for the whole world – 50 years later we were making, in our own way, a little bit of history for Gwersyllt.

“The work on the new school is excellent, but we felt it was right that the pupils put together something on the past and present of the school, which will now be waiting for future generations to find it.” 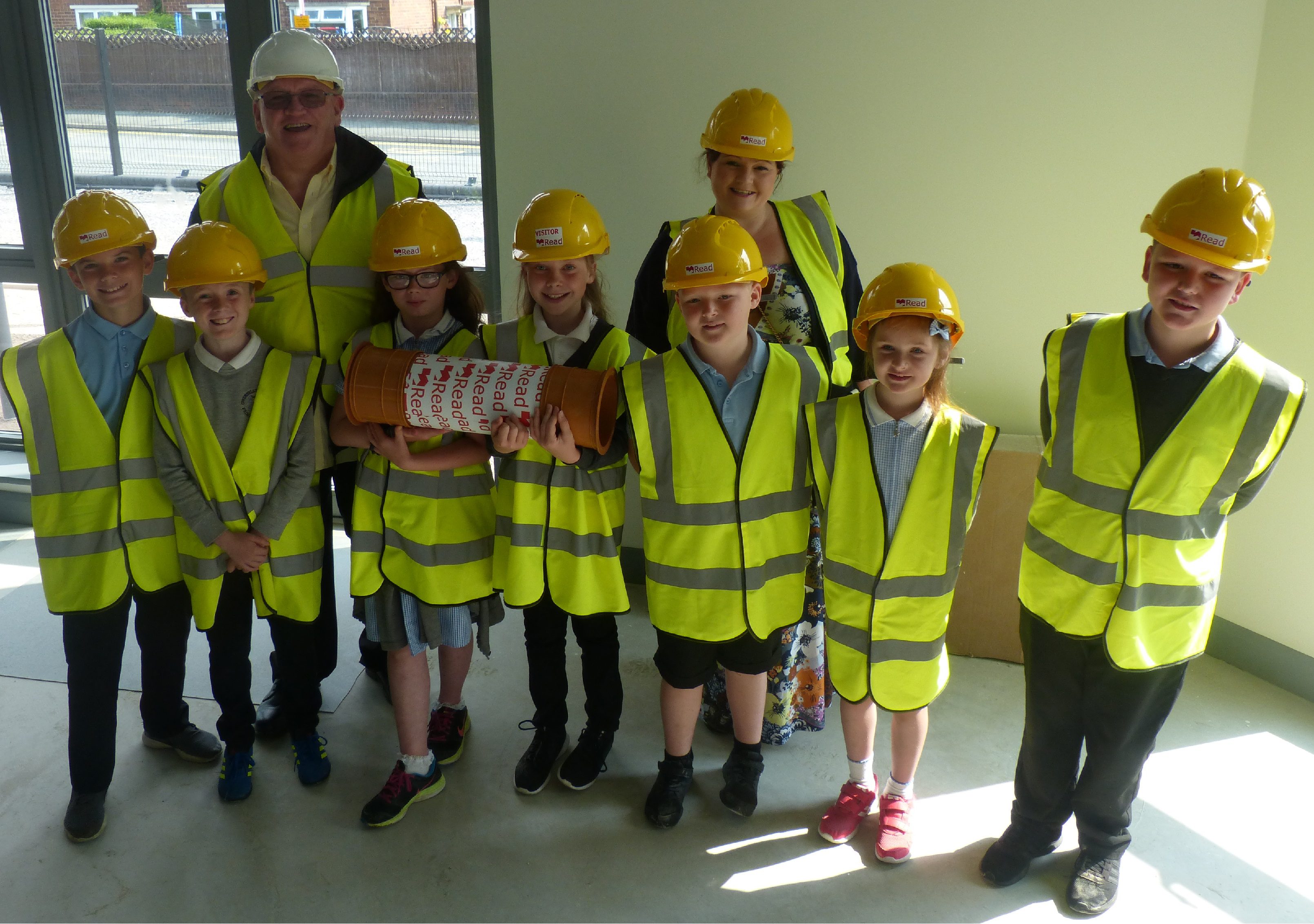 The time capsule won’t be the only record of the school’s history which is added to the new building.

The old school bell, which rang to alert pupils to lessons and breaktimes, is on display in a glass casing in one of the renovated corridors.

And an honours board dating back to the 1920s, displaying the name of pupils who’d won scholarships and free places, will also be on show in the new Learning Plaza once work is complete.

Joel Moore, headteacher at Gwersyllt CP, said: “The children thoroughly enjoyed the opportunity to record some of their history, and are very excited by the prospect that the time capsule may be recovered some day, to provide future generations with an insight into life at our school.

“Members of the school council were also very pleased to have the opportunity to bury the time capsule, and we’re very grateful to contractors Read for giving us the time to bury the capsule.”