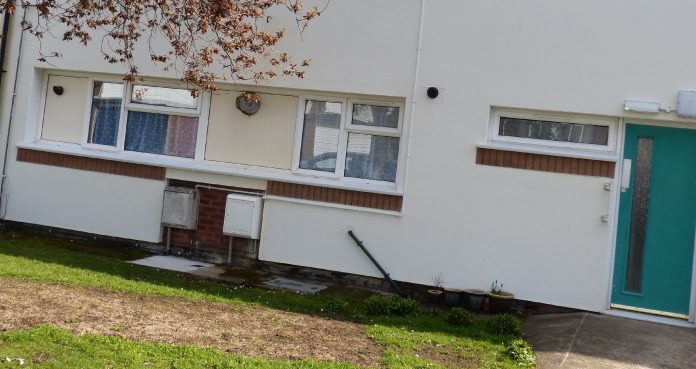 Are you one of the tenants who’s moved into one of our formerly empty council homes?

If so, you’ll have noticed the amount of work we’ve put into upgrading and updating them.

We’ve recently changed the way we update our empty homes, meaning that rather than just giving them a basic refurbishment, we update them inside and out.

That means things like new fittings and features – such as a fresh lick of paint, re-plastering exteriors or improvements to kitchen and bathrooms.

It’s now a wholesale job, rather than just a few quick bits of work here and there. So the work takes longer than it used to, but it gets a lot more done.

We spoke to one tenant after they moved into an empty council home which we’ve updated.

“Very pleased with the standard of work”

Jacqueline Fisher, who formerly lived at a council property on Oak Drive, Acton, decided to make the move to a smaller home on neighbouring Derwent Close after she and her husband retired, and found themselves with a larger home than they needed.

The property on Derwent Close was refurbished and upgraded by our housing team shortly before Mrs Fisher moved in at the end of February.

She said: “When I first saw the building from the outside, I thought it would be pokey, but when I went in I realised how large the rooms were – I was quite pleasantly surprised. I was very pleased with the standard of work undertaken as well.

“The move was quite easy because it was close, and things have been so well done it was just a matter of putting things in place. The council have been very helpful – they’ve listened to what I wanted.”

Mrs Fisher added if any council tenants were considering moving to a smaller property, they should certainly consider getting in touch with the housing team.

“Moving to a smaller property has been so convenient and easy to manage. It can be a big thing, but everything fell into place.

“And there’s an upside to the council as well, in that they’re getting a three-bed house back for a family

“The improvements really do speak for themselves”

Cllr David Griffiths, Lead Member for Housing, said: “It’s wonderful to hear from those tenants who’ve moved into formerly empty properties and benefited from the amount of work we’ve put into them.

“The level of work we have to carry out now is much more comprehensive than the amount required in the past, and the improvements put in place at our empty properties really do speak for themselves – especially when we’ve got such satisfied tenants.”

It’s a fairly common myth that only people on a certain income, or in receipt of benefits, can register their interest for a council home.

But that’s not the case at all – anyone can apply for a council home.

Obviously, we have to prioritise in accordance with need, and that has to line up with certain criteria, such as living situation, benefits, income &c.