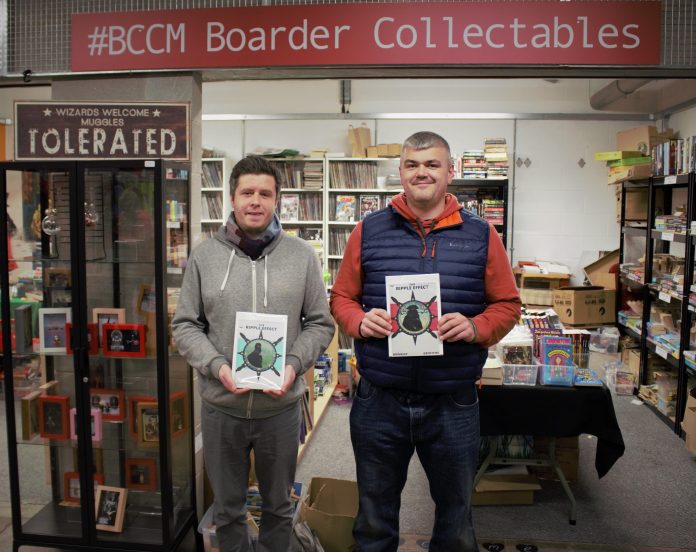 Glyndwr student John Brinkley had dreams of being a published comic book illustrator/writer. And, with thanks to BCCM Boarder Collectables in Tŷ Pawb his dreams have become a reality.

Along with his friend and former colleague Tom Griffiths, the pair have been writing and illustrating their very own comic book series in their spare time for the past few years.

John, a first year student at Glyndŵr University studying illustration, took the plunge and visited BCM Boarder Collectables at Tŷ Pawb in Fresher’s week this year. After a chat, the shop agreed to stock the comic.

This marks the first time that their comic will be available to buy as a hard copy in a shop. 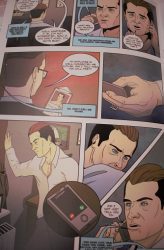 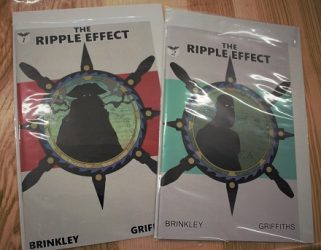 The pair have written 20 issues of the comic, The Ripple Effect. Two issues are currently available as hard copies with subsequent issues being available on their website in digital form to download. They are hoping to be able to expand and get more issues in print in the near future.

The Ripple Effect is a comic series which follows the life and adventures of Connor Cutler.

If you would like to take a look at the comic, visit BCCM Boarder Collectables in Tŷ Pawb.