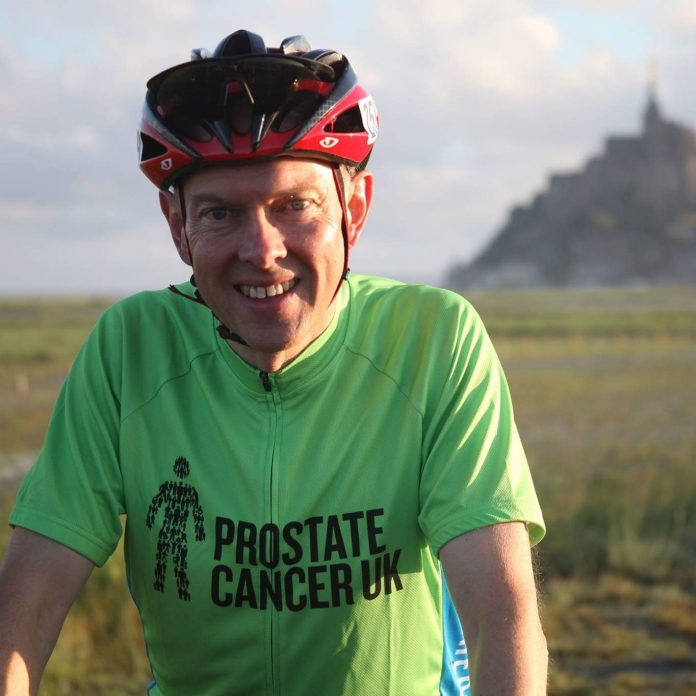 A senior council official will mark the end of his career by tackling the first part of an internationally renowned cycle route.

Trevor Coxon, retiring Head of Corporate and Customer Services at Wrexham Council, will cycle more than 120 miles along the French coast to raise funds for Prostate Cancer UK.

This won’t be the first time Trevor has taken on the famed Grand Depart –  or first stage – of the Tour de France, having cycled the same stage between Mont St Michael in Brittany and Utah Beach in Normandy in 2016; a journey of 117 miles.

But this time, he will cycle 124 miles in a day in the Vendee Region of Western France on June 23.

“I am one of the lucky ones”

Trevor said: “I was successfully treated for prostate cancer four years ago, and am one of the lucky ones.

“But recent press coverage has revealed that one in eight men in the UK will contract prostate cancer at some point during their lifetime – and in some ethnic groups, this can jump to as high as one in four. It’s now the third highest disease killer of men in the UK.”

“I’ve been raising funds for Prostate Cancer UK since my successful treatment, and they are dedicated to raising awareness, and campaigning for research into new drugs and treatment to fight this pernicious disease.”

Trevor is a keen cyclist, and regularly trains with his cycle club, Marford & Gresford Velo Club, – as well as attending regular spin-cycle classes at the Waterworld Leisure and Activity Centre, run by Freedom Leisure.

On Sunday, March 11, he will be riding the famous Cape Argus cycle sportive, starting from Cape Town, South Africa as part of his preparation for the Tour de France in June.  This is one of the world’s most popular cycle sportives, often attracting more than 30,000 entrants.

Trevor added: “While going round South Africa, I’ll be wearing my M&GVC cycling club kit in Cape Town to help publicise cycling here in Wales.  The route around the Cape of Good Hope goes past a place called Llandudno Bay – obviously North Wales has already had an impact on South Africa in the past!”

Trevor added: “Having done the Grand Depart in 2016, I do have some idea of what to expect when cycling this length of route, but even then, so much is dependent on conditions and how I’m feeling on the day.

“I was able to beat the route last time round in six-and-a-half hours so I’m hoping I can top my record this time round!

“I’ve already received some very generous donations from my friends and colleagues at Wrexham Council, but any further donations towards this very worthy cause will certainly be welcome.”

Anyone keen to donate to Trevor’s trek may do so via his JustGiving page, at www.justgiving.com/fundraising/Trevor-Coxon3