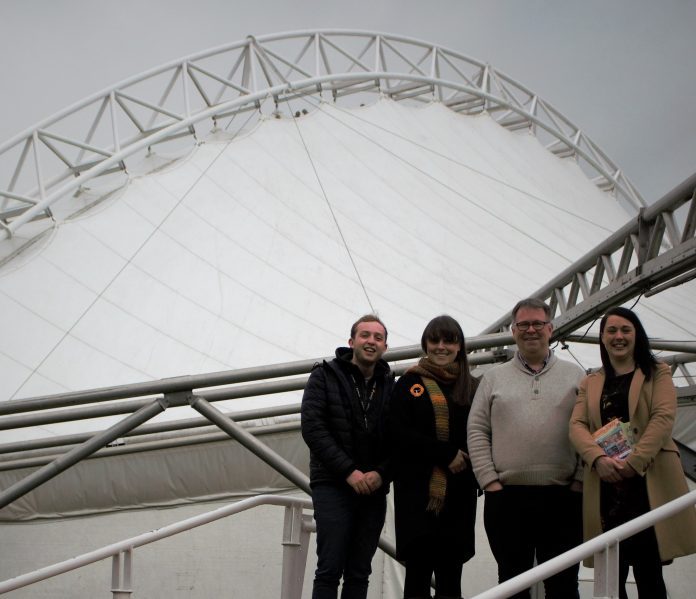 Two popular North Wales culture hubs have announced that they will be working together during 2019.

Llangollen International Eisteddfod and Tŷ Pawb in Wrexham will be teaming up for a series of special live performances that will aim to celebrate the best of our local arts and culture scene.

Llangollen International Eisteddfod has been delighting music lovers for over 70 years.

Every July thousands of people flock to the beautiful Welsh town on the River Dee to see acts from all over the world performing at the iconic Eisteddfod Pavillion.

Famous names who have appeared at the festival in years gone by have included Bryn Terfel, Katherine Jenkins, Nigel Kennedy, Elaine Paige, Michael Ball and Pavarotti.

Wrexham’s very own Tŷ Pawb is already making its mark on the national culture scene, despite only being open a year.

As well as showing exhibitions featuring Tuner Prize winning artists such as Grayson Perry and Damien Hirst, Tŷ Pawb has also been the venue for all sorts of popular music events, including the weekly lunchtime concert series which regularly attracts large audiences and features local performers such as BBC Young Musician of the Year finalist, Elias Ackerley.

Its also one of the main venues for the internationally acclaimed Focus Wales festival.

Tŷ Pawb’s Creative Director, Jo Marsh, said: “We are very excited to be working with such a prestigious and highly regarded festival.

“Llangollen International Eisteddfod is one of the biggest events on North Wales’ cultural calendar.

“The partnership will mean that selected acts performing at the Eisteddfod will be able to come here to Tŷ Pawb for our local audiences to enjoy.

“We’ll also be sending acts from Wrexham to perform in Llangollen during Eisteddfod week.

“We have plans for some other collaborative events to take place throughout 2019 which we’ll be announcing very soon.

“The partnership gives us a fantastic opportunity to celebrate the flourishing arts and culture scene we have in this region of North Wales and encourage new audiences to come and get involved.”

“I wish both teams every success and hope as many people as possible will go out and enjoy the performances that are being planned as part of this collaboration.”

Dates for your diary