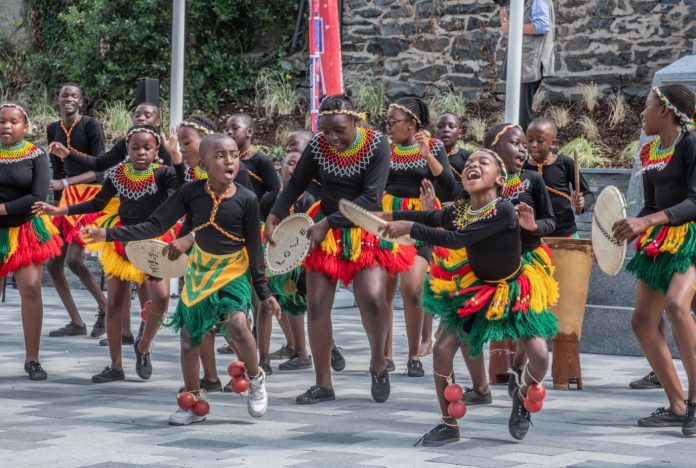 There’s just a few days to go before thousands of music fans descend upon North Wales for the Llangollen International Music Eisteddfod!

As part of Tŷ Pawb’s partnership with the Eisteddfod, we’re delighted to announce some very special performances which will be taking place in Wrexham and Llangollen during the festival week.

From Zimbabwe to Tŷ Pawb

On Thursday July 4 at 1pm you’ll be able to see one of the acts from the Eisteddfod, Zimbabwean children’s dance group, Mother Touch, performing at Tŷ Pawb.

Mother Touch Dance Group is a group of children from age 5 to 16, which was formed in 2010.

Their goal is to give children the opportunity to express their talent, learn to appreciate culture, heritage, as well as working as a team, while displaying the diverse cultures of Zimbabwe.

STAY SAFE – GET THE LATEST ALERTS ON SCAMS, PRODUCT RECALLS AND OTHER PUBLIC PROTECTION ISSUES

Classical guitarist, Achille Jones will be joining Italian Coro Serpeddì Sinnai for a special performance at St Collen’s Church In Llangollen on Friday 5 July at 1pm.

Then at 2pm on Friday (right after Achille’s performance) you’ll be able to enjoy more fine music from Wrexham at the Centenary Square collaboration.

Teenage singer/songwriter sensation, Megan Lee will be performing at the square, as will Cor DAW, a group of Welsh learners based in Wrexham who perform medleys of songs by artists including Elton John, Stevie Wonder, ABBA and more. They perform all the songs in Welsh – and in costume!

Spoken word artist and Tŷ Pawb Poet in Residence, Evrah Rose, will also be performing at the Square.

Tŷ Pawb will have a stall on the festival site during Eisteddfod week so feel free to pop and see us if you’re out enjoying the music!

Music from across the world

There’ll be some amazing musicians from across the world performing at the Eisteddfod throughout the week, including Jools Holland, Rolando Villazón, and Gypsy Kings, as well the Choir of the World concert with Catrin Finch!

And if live bands is more your thing then don’t forget Llanfest, which takes place on Sunday July 7. This year’s headliners include The Fratellis, The Coral, The Pigeon Detectives, Dodgy and more!

Visit the website for more information on how to get tickets

Every household in Wales can collect and plant a tree as over 50 hubs...