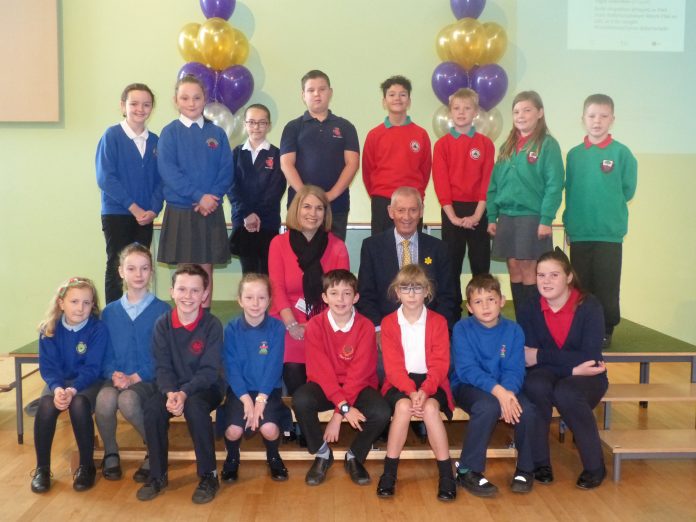 As this blog has covered before, there’s plenty going on in Wrexham and wider North East Wales to foster the Welsh language.

School children from across Wrexham and Flintshire were rewarded recently for their fantastic efforts in using the Welsh language – and not just in a school setting.

The Siarter Iaith (Language Charter) Award was presented to thirteen schools from across the two boroughs in a ceremony at Ysgol Bro Alun, with pupils and teachers taking to the stage to accept their awards.

Siarter Iaith is a set of goals outlined by the Welsh Government, with the aim of encouraging more social use of Welsh among young people, ensuring that Welsh isn’t only used in the classroom.

Each of the schools involved took part in a number of activities to get pupils using the Welsh language more frequently, and pupils had the chance to put their views forward.

As well as attending dignitaries from both authorities and representatives from Urdd Gobaith Cymru and Menter Iaith, the awards ceremony also received a visit and congratulations from Heart FM broadcasters Lois Cernyw and Oli Kemp.

The schools receiving the award were:

After the ceremony, children took part in activities with co-ordinators from the Urdd.

“A lot of effort has gone in to their Siarter Iaith goals, and every school has worked incredibly hard to ensure pupils use Welsh not just in the classroom, but amongst themselves. And the pupils have also had the opportunity to learn more about Welsh culture and the Welsh language, and how they contribute and learn from both.”