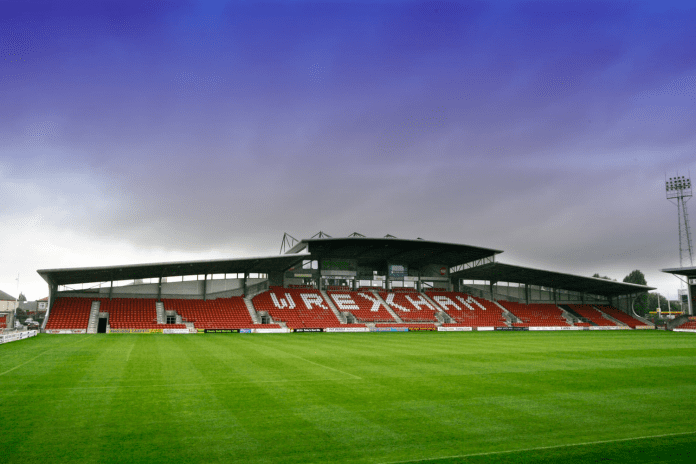 Wrexham Football Club and its owners Rob McElhenney and Ryan Reynolds could soon be granted the ‘freedom of the county borough.’

The proposal will be tabled at Wrexham Council’s Executive Board on Tuesday, November 8 in recognition of the club’s long and proud history, and the amazing impact the two owners have had in helping to promote Wrexham across the world.


If agreed, the recommendation will be put forward for consideration at full Council in December.

Councillor Mark Pritchard, Leader of Wrexham Council, says: “Football is the beating heart of our community and there’s always been incredible passion and support for the club.

“We have an amazing story here in Wrexham, along with a unique character and identity that is winning fans all over the world.

“These two Hollywood actors have had an incredible impact on both the football club and the community and have helped catapult Wrexham onto the world stage.

“You couldn’t wish to meet two nicer people – they really are two wonderful guys who’ve put their heart and soul into this city, and it feels like the right time to talk about how we recognise that.”

Wrexham AFC is the third oldest professional football club in the world. Here’s some key facts:

The time is right

Councillor David A Bithell, Deputy Leader of Wrexham Council, says: “Football is in our blood in Wrexham, and the fortunes of the club have always had a huge bearing on our community.

“We are living and enjoying very exciting times and I’m pleased this proposal is being put forward to Executive Board.

“The owners are helping us promote Wrexham as a place to visit across the world, and we need to think about how we recognise that.

“Their impact on our community has been phenomenal.”