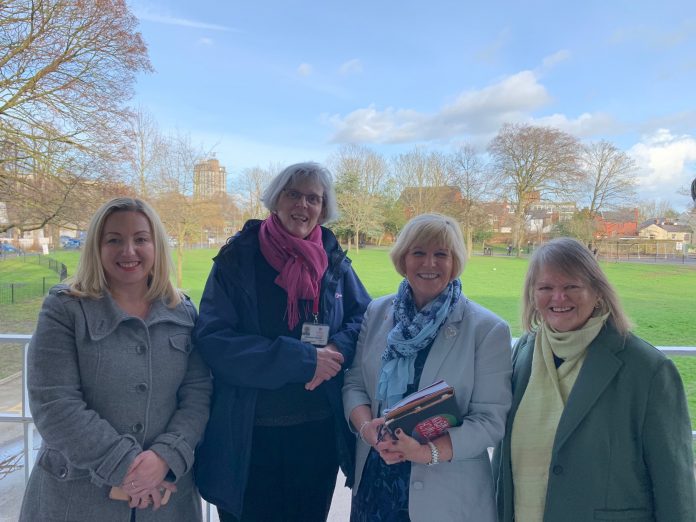 A cross party group of women Councillors in Wrexham are calling for more female candidates to stand in the next council elections in 2022. The call is driven by the fact that only 10 out of Wrexhams 52 Councillors are women, a level of 19% which is below the Welsh average.

Event organiser Cllr Adrienne Jeorrett said ” We’re working cross party to encourage more women to put their names forward as candidates next time around, if 50% of the local population are women then it’s important our politics locally is also representative. That sadly isn’t the case at the moment but it’s something we hope to change with events like the one we have planned on International Women’s Day at Ty Pawb.”

Cllr Carrie Harper added: ” Women bring a new perspective to the political table and more women in the Guildhall is something Wrexham could really benefit from. There are some great male councillors too but it’s clear we need a better balance than we have at the moment. We want to tell people as loudly as we can that you don’t have to be male, white and retired to do this job.”

Cllr Sonia Benbow Jones said: “We’re encouraging women from all backgrounds, whether they want to stand for a poltical party or as Independents to come along to the event. It’s a chance for people to ask us about what it’s like to be a Councillor and for us to explain why we feel it’s so important more women throw their hat in the ring in 2022″.

Fellow organiser Cllr Gwenfair Jones added: ” We’re hoping for a good turn out for this first event but are also hoping to organise more in the run up to 2022. We’re also happy to come and speak to other local groups about this in the future and they’re very welcome to get in touch.”

The ‘Women councillors we want you in 2022’ event will be held in Ty Pawb on Sunday 8th March in Gallery 2 between 12pm and 1pm. It’s part of a series of events at the venue for International Women’s Day.

Every household in Wales can collect and plant a tree as over 50 hubs...