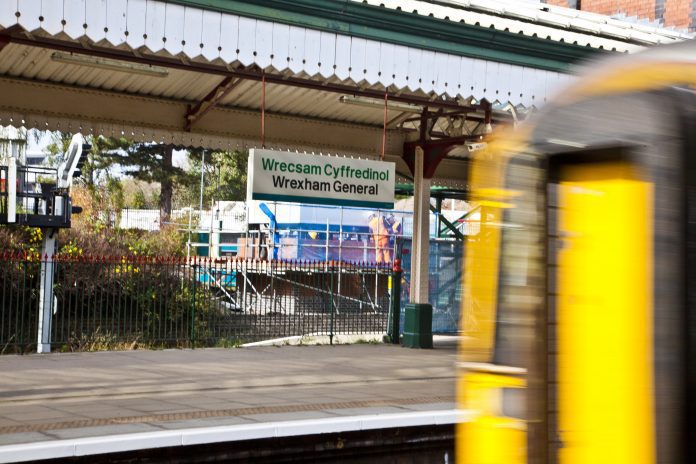 The Wrexham to Liverpool direct train service begins on Monday!

It’s the first train service to run direct from North Wales to Liverpool for over 40 years. 🙂

The Monday to Friday timetable is:

The Saturday Timetable is:

Cllr David A Bithell, Lead Member for Environment and Transport, said “This is great news and this service will be welcomed by rail users in Wrexham and North Wales. I hope it is the first of many new routes connecting the region with Liverpool, including Liverpool Airport.”

“The Halton Curve is one of many ambitious rail schemes across the Liverpool City Region that have been delivered by the Combined Authority, working together in partnership with a number of organisations.

“Thanks to this, there are now more frequent trains between Liverpool and Chester and the first direct services between the city and Wrexham since 1975.

“With future plans to expand further into North Wales and an aspiration for direct Liverpool to Cardiff services, this is just the start of us realising the potential benefits that re-opening the Halton Curve will bring.”

This new service will be in addition to a new service running hourly from Chester which will travel via Helsby, Frodsham and Runcorn.

In July 2017, work began on the much anticipated Halton Curve project following £14.4 million investment from the Local growth Deal and Liverpool City Region Combined Authority funded scheme to re-open the 1.5 miles of track to regular passenger services between Liverpool, Cheshire and North Wales.