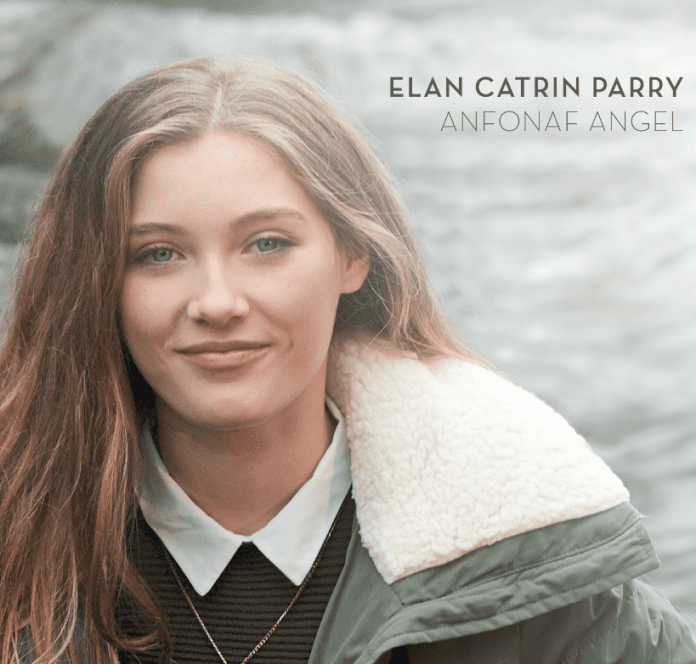 A year ago, Wrexham schoolgirl Elan Catrin Parry made a pledge to Davina McCall on ITV’s life-transforming primetime show, ‘This Time Next Year’, revealing her dream: “I want to make an album.” Fast forward one year, and Elan has signed a major recording deal with Decca Records.

The 15-year-old is releasing her debut single Anfonaf Angel, with an album to follow later this year. She is the first female Welsh singer to be exclusively signed to Decca since Katherine Jenkins 15 years ago. Elan will be performing a celebratory concert this Friday at 5pm at local arts hub, Ty Pawb.

Elan has been competing since the age of four in the traditional Eisteddfod singing contests, celebrating music and culture and reaching over 150,000 people each year. Last year, Elan was a finalist in her Eisteddfod category, which is where she was spotted by Decca executives and later offered a recording contract. 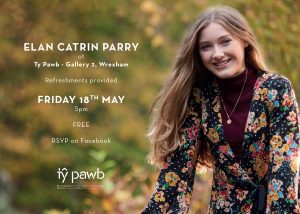 Her single Anfonaf Angel was previously performed by tenor Rhys Meirion in 2012 as a tribute to his sister, Elen, who died aged 43. This song holds a special place in Elan’s heart as she first heard Rhys perform it at the Eisteddfod and fell in love with the song. The song was also played at Elan’s grandfather’s funeral.

The teenager is passionate about continuing the linage of Welsh choral music and keeping the tradition alive, and her debut album will feature both English and Welsh songs. Speaking of the track choices, she says “Musically it’s a mix of folky songs and classic tunes.” She is bilingual and switches naturally between Welsh and English – both on the album and at home. “I’ve always sung in Welsh and it’s something that comes naturally,” she says of her passion for the language. “It’s my generation’s responsibility to bring it forward to the next generation.”

As viewers saw on ‘This Time Next Year’, Elan made her pledge and left through the ‘This Time’ door in the studio to embark on her year-long challenge. But thanks to the “time travel” format of the show, what viewers saw moments later was Elan emerging through the ‘Next Year’ door in the studio to tell Davina about the intervening year which saw her go from schoolgirl to recording star.

Such is the format of the show, one of the hardest parts for Elan was keeping the secret of her exciting journey for a whole year: “Luckily I could discuss it and share it with my family and close friends, and I’ve never been one to brag about what I do, but a year is a long time!”

“It was so exciting for me to film,” she says, “Davina was so lovely, and made it very easy, because it was all new to me – having my hair and make-up done professionally, I don’t usually wear much make-up but it was really fun to try it all out! I wore a new red dress that she said she liked. But of course, the most important and wonderful thing is that I was signed, and I’ve made an album which I love.”

Davina McCall enjoyed meeting Elan too – saying on the show, “The combination of your beautiful, beautiful face and that incredible voice is quite intoxicating.”

Elan, who lives with her parents and younger sister, has been in the studio in between studying for her GCSE’s. She enjoys playing the piano, clarinet, drums and harp, as well as singing. She also plays netball and runs – even making the Welsh Schools finals of Cross Country.

Elan’s first love, however, will always be music. The ethereal new voice from the ‘Land of Song’ is sure to captivate audiences for years to come.