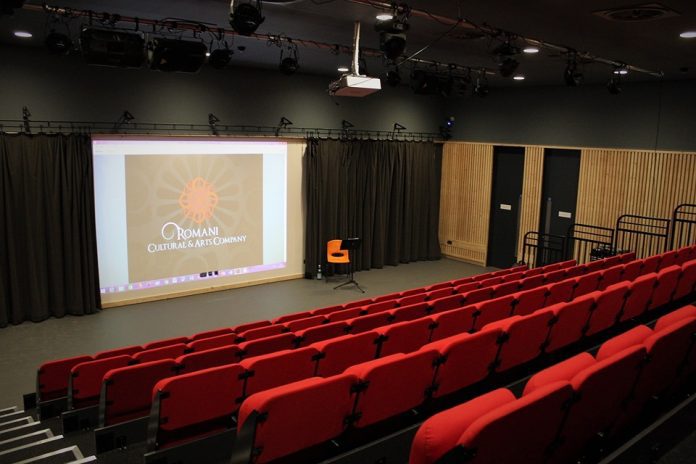 The brand new cinema programme from 73 Degree Films will begin in September.

73 Cinema is a community-led cinema programme. Every other Thursday from September-Christmas 73 Cinema will screen a different film, providing access to independent and world cinema, from classics to new releases as well as in-competition short films, Q&As and more.

Robert Corcoran, Producer at 73 Degree Films said, “73 Degree Films are delighted to be working with Film Hub Wales and Wrexham Council to bring a new cinema programme to Wrexham. Ever since Tŷ Pawb opened, it’s been a huge ambition of ours to make this happen and we’re extremely excited to roll out the red carpet and get going in September!”

The programme includes a huge variety of films and events, with something for everyone. The opening film will be Gruff Rhys’ ‘American Interior’, followed by new releases including Claire Denis’ ‘High Life’ and the Aretha Franklin documentary ‘Amazing Grace’.

A special Halloween screening of ’28 Days Later’ will take place on October 31 and in November the 1954 version of ‘A Star is Born’ starring Judy Garland will be specially screened as part of the 2019 BFI Musicals Season.

As part of the programme, a selection of short films will also be showcased at each event. Filmmakers can submit their films now for a chance to win a selection of awards and prizes at filmfreeway.com/73cinema

The programme was finalised in July this year by a committee of community group representatives and dedicated film lovers!

Tickets for every event are available to purchase now at 73cinema.com. Alternatively, they can be purchased on the door (subject to availability) or reserved at Tŷ Pawb shop. There is also a full season pass available, allowing those that wish to attend everything to save 25%.