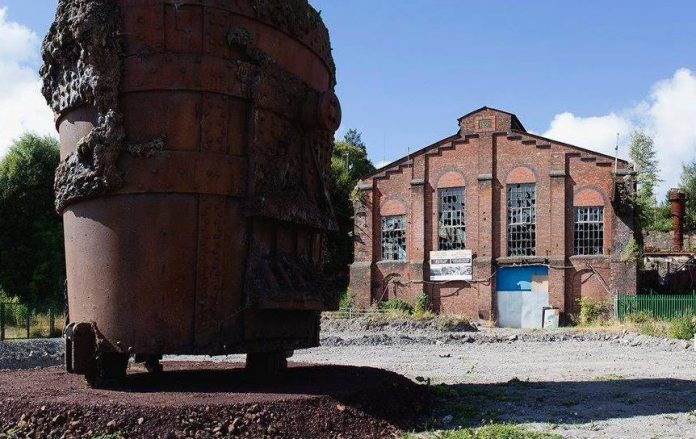 A multi-million pound heritage initiative is gathering pace in Brymbo – and has picked up the pace with help from Wrexham Council.

The Brymbo Heritage Project is already looking at a busy 2017, with a number of plans afoot to gradually redevelop history and heritage assets in Brymbo to turn it into a world-class site, taking advantage of its rich industrial past.

The project has some far-reaching goals in store for the village – including the restoration and reuse of the former Brymbo Iron and Steelworks site, and the exploration and conservation of the nearby fossil forest – a major site of geological interest with fossils dating back more than 300 million years.

In February this year, the council’s Executive Board agreed to support the trust’s proposals, and also committed the support of council officers to the planned developments.

The decision did not cost the council any money, but gives the project the weight it needs to push on for applications for funding and grants from larger bodies.

Shortly after gaining council support, the project attracted nearly £2million in funding from the Big Lottery Fund’s Create Your Space programme, allowing the project to kick-start its Roots to Shoots initiative, which looks at ways of making use of additional former industrial open spaces in and around the village.

The funding has already helped the project secure three new jobs, with two development officers and a finance officer appointed for its Roots to Shoots plans.

Gary Brown, Heritage Officer for the project, said: “We’re incredibly grateful for the support we received from Wrexham Council earlier this year, as it gave us the seal of approval we needed to pursue large-scale funding.

“The council’s support has helped us to manage the flow of funds and get started on work sooner, rather than later.

“We have some great ambitions for Brymbo and the surrounding area – we want to do all we can to bring to light the area’s incredibly rich heritage, and use that to support its continued development.

“We benefit greatly from attractions such as the fossil forest and the steelworks, and we‘re really keen to tie both assets together – to remind people that it’s Brymbo’s geological prehistory, as evidenced in the fossil forest, which gave it the resources it needed to help power it through the Industrial Revolution through to the present day.”

Cllr Hugh Jones, Lead Member for Communities, Partnerships, Community Safety and Public Protection, said: “The work which the Brymbo Heritage Project has been able to carry out since we gave them our backing has been very encouraging, and I want to congratulate them on the work they’ve undertaken to date.

“They’ve already put a lot of good groundwork in place, and that’ll certainly be of help to them as the project progresses – especially as further funding comes in.

“I look forward to watching this project progress and I’m very glad we’ve been able to provide them with the support we have.”

Cllr Paul Rogers, ward member for Brymbo, said: “This project has been building up a good pace for some time, so it’s very pleasing to see them finally able to make progress towards what promise to be some amazing improvements here in Brymbo.

“The heritage of the area has always been a bit of a hidden asset, so it’s excellent to see moves in place which will help bring it into the limelight.”

The Brymbo Heritage Project will hold its next open day on Saturday, July 29 – featuring guided walks around the fossil forest, industrial heritage tours, narrow-gauge railway rides, talks, displays and others.

Volunteering sessions are also open every Sunday at the Machine Shop on the former works site of Brymbo Steelworks, on New High Street, Brymbo, between 10am and 1pm.

For more information on the range of work carried out by the Heritage Project, visit: http://www.brymboheritage.co.uk