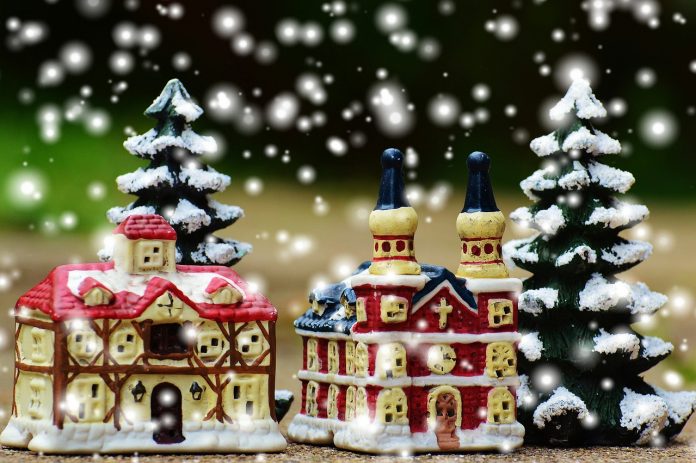 The season kicks off with the annual Christmas lights switch on, organised by the Rotary Club in liaison with our Events Team, on Thursday, November 14. The tree arrives earlier in the week and organisers are expecting it to be just as impressive as last year’s.

There’ll be a massive stage, live music, a large fairground, lots of festive stalls and entertainment, a red button switching on of the fantastic lights and a spectacular fireworks finale. Just the event to get you into the festive mood. 🙂

He’ll be in his grotto in Tŷ Pawb from Saturday, November 30 until he begins his world wide run to deliver presents to boys and girls across the world on December 24.

The grotto will be open Monday – Friday 2pm – 6pm and on Saturdays and Sundays and Christmas Eve opening times are 11am – 4pm.

Next on our Christmas Calendar comes our Christmas Markets. This year we’ll be holding two – and both have been very popular in the past with almost 33,000 paying a visit to the Victorian Market, held in St Giles Church and surrounding area. And over 27,000 visited the Christmas Market on Llwyn Isaf.

The Victorian Market takes place on Thursday, December 5 from 12 noon to 8pm. There’ll be stalls in the grounds of St Giles Church and in the church itself, Hope Street, High Street and Church Street.

There’s also free parking in most town centre car parks during the Christmas period – find out the details here.

All our town centre events are well attended and organisers are gearing up for another bumper turnout. 🙂