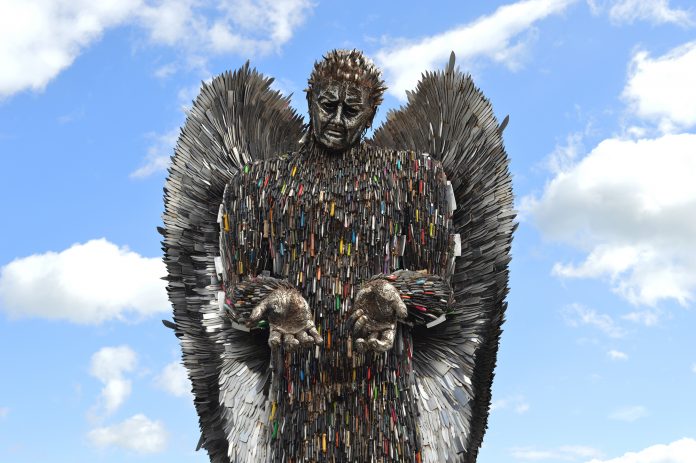 Members of the public are invited to the closing ceremony for the Knife Angel on Wednesday 26th October at 6pm when the statue will be lit up and are encouraged to bring along a battery tea light candle or a torch.

There will be a few short speeches around the base of the statue which looks amazing when lit up.

The Knife Angel has been well received in Wrexham with lots of individuals and organisations visiting to see it. Some groups affected by knife crime made a special visit to the city centre to see it and many were moved by its presence.


Students from secondary schools and Coleg Cambria have also visited and had workshops about knife crime and the feedback from them has been very positive.

The Knife Angel leaves us on 1 November to begin its journey to Gwent but Wrexham’s story will continue. The lasting legacy of the Knife Angel will be the continued engagement of partner organisations, including the police and youth services, with young people in order to keep the conversation about knife crime relevant and appropriate.

In Coleg Cambria’s Bersham Road campus work continues on our own Knife Dragon which is about a third completed but already standing over 2 metres. The Dragon is being made using weapons safely handed in at local police stations as part of regional amnesty campaigns and may eventually contain knives that were handed in during the Knife Angel’s visit.

It’s expected to be completed next summer and will initially be on display at the campus.