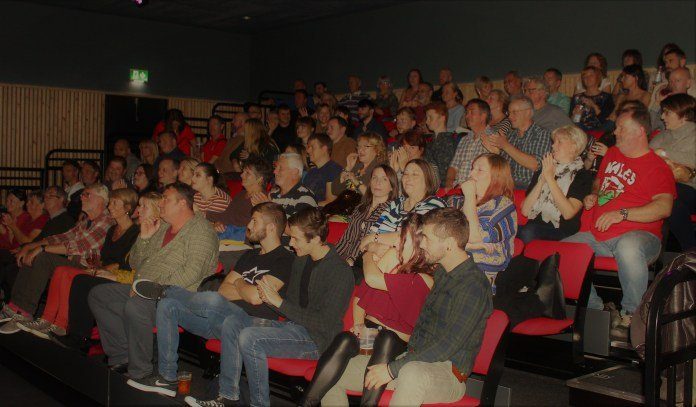 You’re invited to what promises to be a great Comedy Night out on Friday, March 22 at Tŷ Pawb.

Comedy Nights at Tŷ Pawb have been very popular and the line up for this event promises to deliver another hilarious evening for you all.

The headline act is Nina Gilligan – “A naturally funny comedian, with a charming and genuinely likeable style” (John Thompson – The Fast Show)

“Naturally Funny Naturally Talented; she’s too natural for a comic…Go and see her now before she be Nature’s Biggest Comedian” (Pat Monahan)

Brian Bayley – Formerly a nurse in Liverpool, Brian’s very popular wherever he plays. He combines cynicism and frustration into a joke laden set with effortless charm that’ll leave you desperate for more.

Pete Phillipson – Manchester based Pete has been building a name for himself on the circuit as a fantastically funny act over the last few years, mixing fast paced observations and routines with wonderful characterisations.

He performs at some of the biggest comedy clubs in the country including The Stand, Glee, Jongleurs, Baby Blue, Hilarity Bites, Off the Rails, The Last Laugh, and The Frog and Bucket. Also breaking into the London scene, Pete performs for Off the Kerb, The Comedy Store, The Funny Side, and Lee Hurst’s Backyard Bar.

Kevin Caswell-Jones, Wrexham’s premier comedian will be your compere for your evening.